The award is the highest honor the national organization gives to sitting members of Congress.

“Since taking office to serve Texas’ 19th Congressional District in 2017, Congressman Arrington has been a steadfast advocate for farm and ranch families across the state and nation,” TFB President Russell Boening said. “He has led efforts to strengthen the farm safety net, promote international trade, improve tax policy, reduce government regulations and expand rural infrastructure, among others.”

District 19, which spans about 29,000 square miles and covers 29 counties in West Texas, is an agricultural powerhouse.

As a member of the Committee on Ways and Means, Arrington helped address taxes, trade, energy and agriculture. He also co-chairs the Rural Health Care Task Force and was appointed to serve a second term as deputy chair of the National Republican Congressional Committee.

“Thanks to Congressman Arrington’s efforts, the estate tax exemption was doubled,” AFBF President Zippy Duvall said. “He continues to work toward the goal of full repeal of the estate tax, which threatens the economic sustainability of our farm and ranch businesses.”

“Congressman Jodey Arrington fights hard for farmers and ranchers in Texas and across the country. He is extremely deserving of the prestigious Golden Plow Award,” Boening said. “He is a leader who truly understands the determination of those involved in agriculture and works each day to provide more opportunity for rural America. Texas Farm Bureau thanks him for his service and congratulates him on this honorable achievement, which is awarded to only one member of the entire U.S. House of Representatives annually.”

AFBF’s Golden Plow Award recognizes members of Congress who exemplify agricultural leadership and support of Farm Bureau policies. Recipients are chosen for having a philosophy or record that demonstrates a commitment to sound agricultural policies supported by Farm Bureau, the private enterprise system, fiscal conservatism and reduced federal regulation of businesses and individuals. 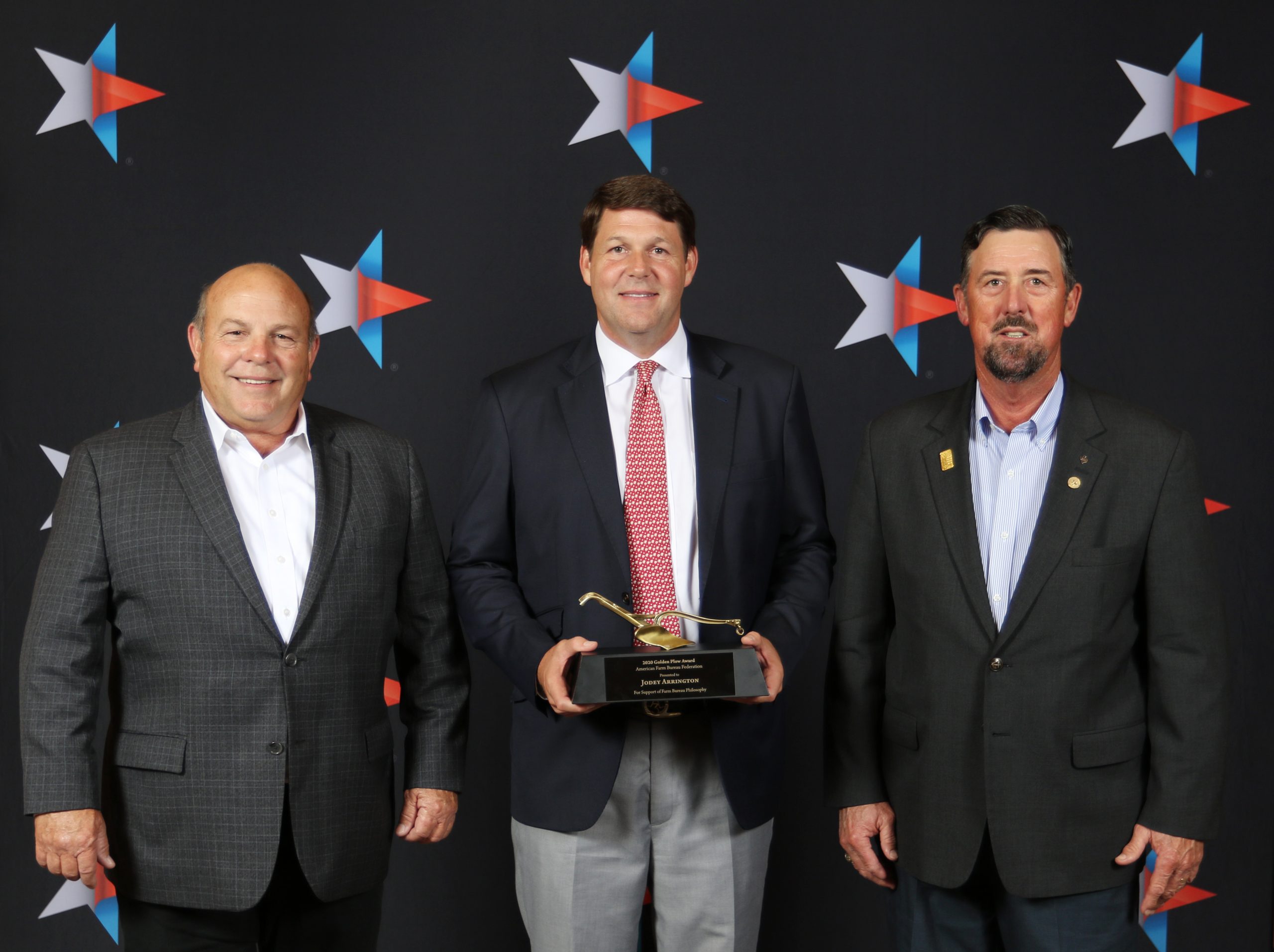