Average cost of Texas Thanksgiving meal lower than national average, but still higher than a year ago

(WACO, Texas)—The average cost of a classic Thanksgiving meal in Texas is lower than the national average but still more expensive than a year ago, according to Farm Bureau’s 37th annual price survey.

The Texas meal price average is $5.20 or 9.7% higher than last year’s national average.

“The Texas classic Thanksgiving meal appears to be a better buy than in most areas of the country. That’s something to be thankful for,” Texas Farm Bureau (TFB) President Russell Boening said. “Farmers and ranchers are working hard to meet growing demands for food—both here in the U.S. and globally—while themselves facing higher prices for fuel, fertilizer and other inputs.”

The centerpiece on most Thanksgiving tables—the turkey—costs more than last year, at $28.96 nationally for a 16-pound bird. That’s $1.81 per pound, up 21% from last year, due to several factors beyond general inflation. 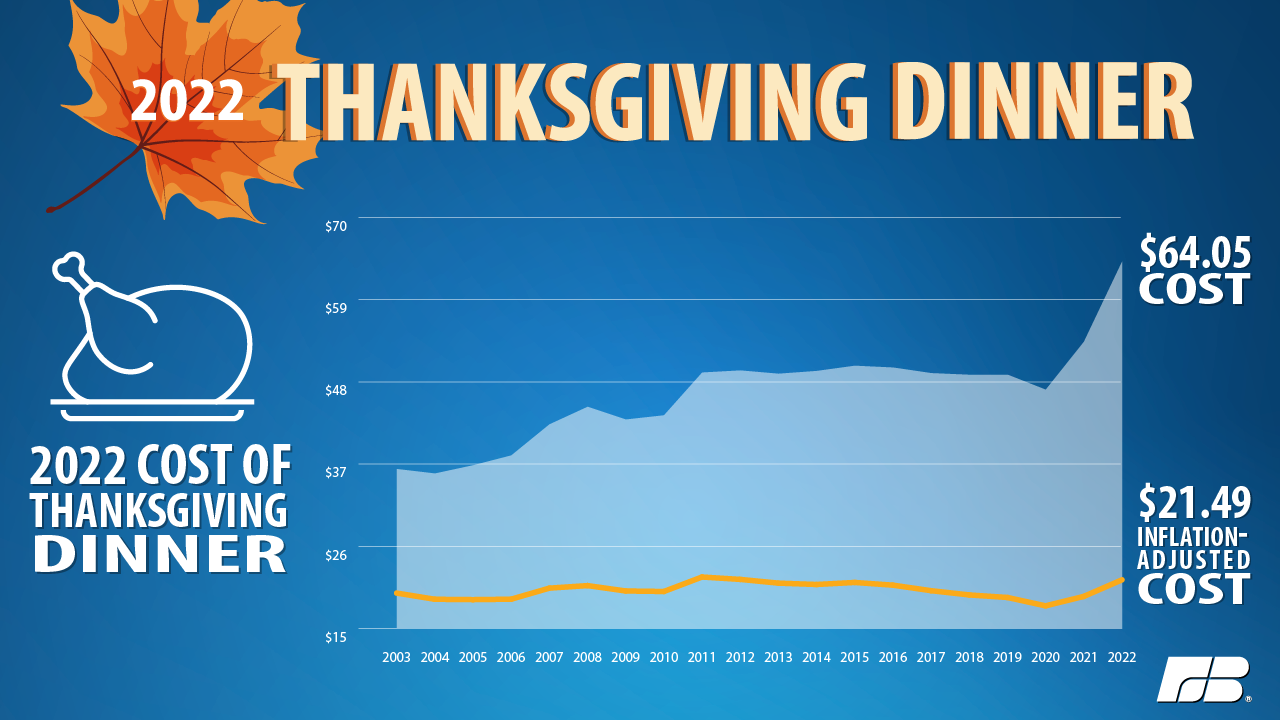 Farm Bureau “volunteer shoppers” checked prices Oct. 18-31, before most grocery store chains began featuring whole frozen turkeys at sharply lower prices. This means consumers who have not yet purchased a turkey should be able to find one at a lower cost than the Farm Bureau average.

Cryan said general inflation slashing the purchasing power of consumers is a significant factor contributing to the increase in average cost of this year’s Thanksgiving dinner. General inflation has been running 7% to 9% in recent months, while the most recent Consumer Price Index report for food consumed at home reveals a 12% increase over the past year.

The shopping list for Farm Bureau’s informal survey includes turkey, stuffing, sweet potatoes, rolls with butter, peas, cranberries, a veggie tray, pumpkin pie with whipped cream, and coffee and milk, all in quantities sufficient to serve a family of 10 with plenty for leftovers.

The Farm Bureau price survey also includes ham, Russet potatoes and frozen green beans, in an expanded holiday menu. Adding these foods to the classic Thanksgiving menu increased the overall cost by $17.25, to $81.30. This updated basket of foods also increased in price (up 18%) compared to 2021. Farm Bureau volunteer shoppers checked prices in person and online using grocery store apps and websites. They looked for the best possible prices without taking advantage of special promotional coupons or purchase deals. 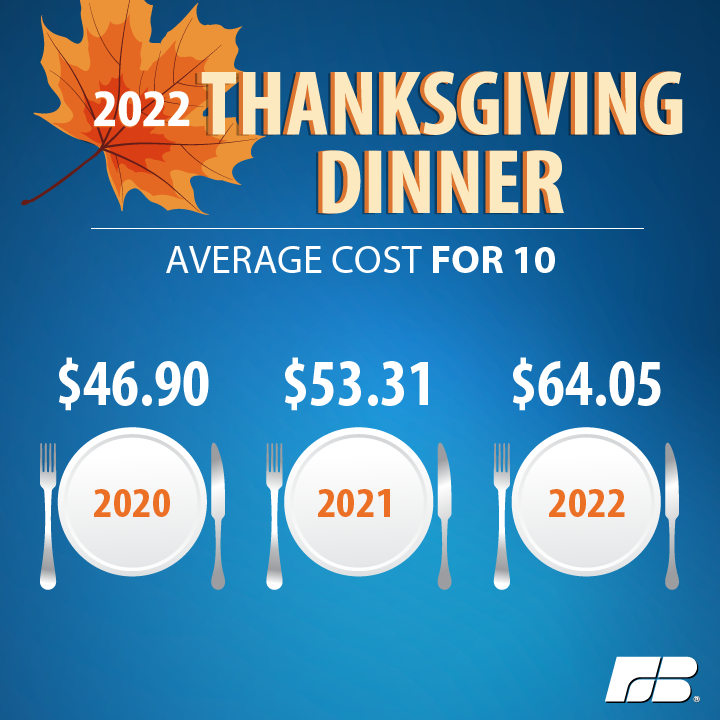