Texas Congressman Mike Conaway of Midland has received the prestigious Golden Plow award from the American Farm Bureau Federation (AFBF) for his outstanding service to America’s farmers and ranchers.

Conaway, who is chairman of the House Committee on Agriculture, was presented the award on Feb. 24 in Washington, D.C., by AFBF President Zippy Duvall and Texas Farm Bureau President Russell Boening.

“Chairman Conaway fights hard for Texas growers and for farmers and ranchers across the country. He is most deserving of the Golden Plow award, and we’re thrilled he is being recognized with this prestigious honor,” said Boening. “Whether it is improving farm program safety nets, reining-in the regulations of overreaching federal agencies or extending important tax considerations for producers, Chairman Conaway’s leadership is making a huge difference for agriculture.”

Conaway is serving his sixth term in the U.S. House of Representatives. He represents 29 counties in Texas’ 11th congressional district, including the cities of Midland, Odessa and San Angelo.

“It’s who I represent. They’re such good people. Just genuinely good, decent people that every day get up, try to work hard, try to take care of their family, try to live that American dream, try to do all the things that make this country great,” Conaway said. “So being able to represent them and go to bat on their behalf, you know it’s not about me, it’s about them. The other day when I was talking to Secretary Vilsack, I wasn’t talking about me. I was talking about those cotton farmers back home who are in really tough shape. So, it’s easy to do that because they’re such good people that I represent. That’s the drive and the motivation.”

In addition to serving as chairman of the House Committee on Agriculture, Conaway serves on the House Armed Services Committee and the Permanent Select Committee on Intelligence.

The objectives of the AFBF Golden Plow award are to identify, select and award those members of Congress, regardless of their party affiliation, whose philosophies or records demonstrate their commitment to the private enterprise system; sound agricultural policies supported by Farm Bureau; fiscal conservatism; and reduced federal regulations on businesses and individuals. 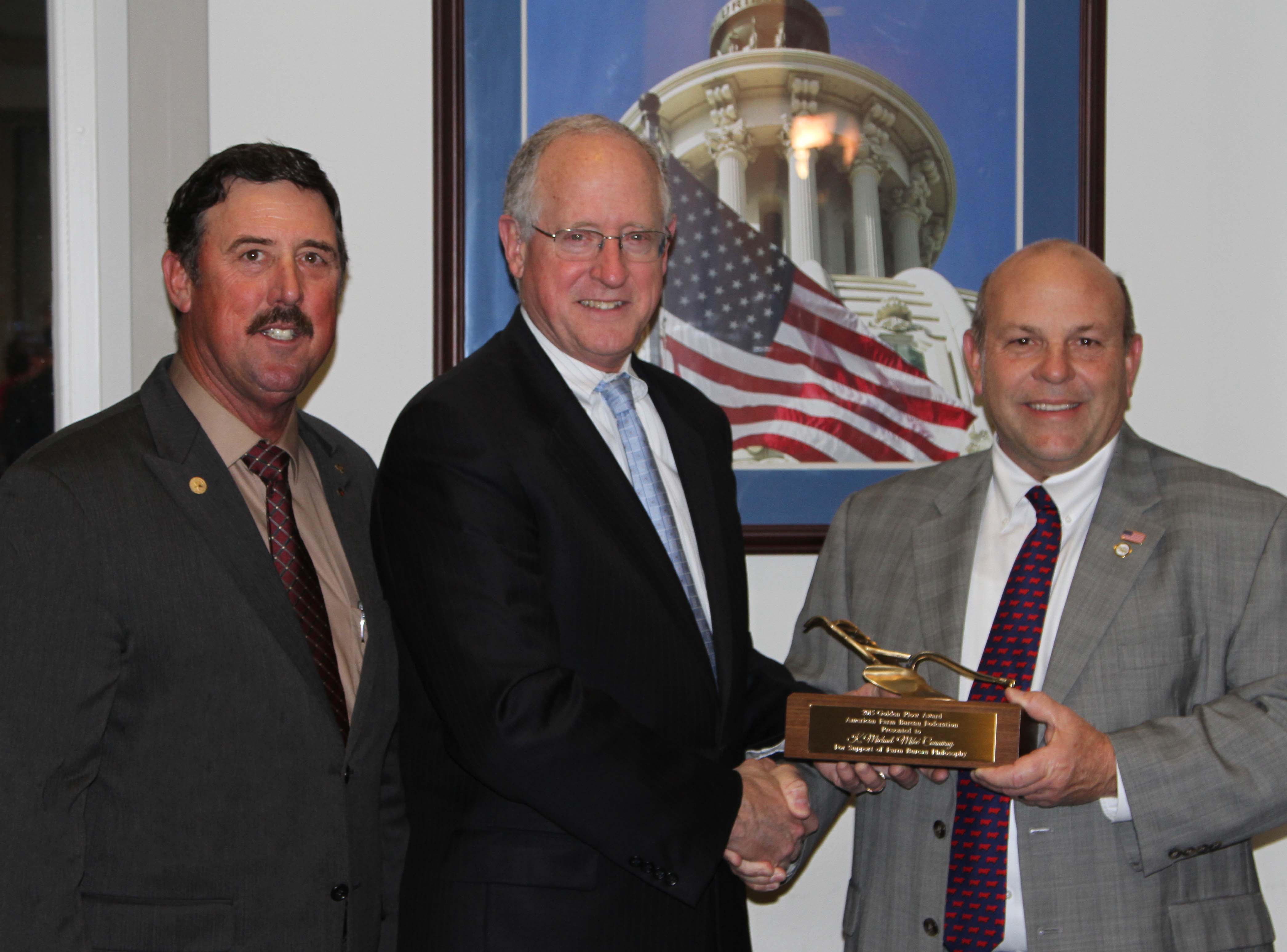