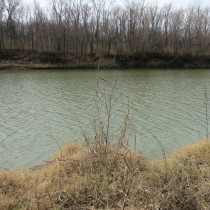 (WACO)—A significant victory for surface water rights owners and irrigators was handed down today in a ruling by the 13th Court of Appeals in Corpus Christi, in a case involving Texas Farm Bureau (TFB) and nine other plaintiffs versus the Texas Commission on Environmental Quality (TCEQ).

“This is a huge victory for Texas private property rights,” said TFB President Russell Boening. “Surface water rights were upheld as a vested property right that will be protected.”

The case stems from a priority call by Dow Chemical in 2012 on water in the Brazos River Basin, which they later rescinded. TCEQ responded by suspending the permits of some water holders, including many in agriculture. However, TCEQ allowed municipalities and power generators to continue pumping, even though the entities had water rights junior to many farmers in the area.

Under the decision, the 13th court upheld the priority doctrine “first in time, first in right.” This doctrine has historically governed junior and senior water rights in Texas.

“Had the court sided with TCEQ, those rights would have been swallowed up by exceptions to the rule,” said Regan Beck, TFB’s director of Government Affairs. “Under this ruling for Texas Farm Bureau and landowners, those rights will be protected.”

The court also ruled that TCEQ’s police power and general authority does not allow it to exempt junior preferred water rights from suspension based on public health, safety and welfare concerns.

“Texas Farm Bureau and its members recognize that our state’s water resources must be shared,” Beck said. “However, in times of need, landowners’ surface water rights were being taken without compensation. Both the trial court and now the appeals court said that’s not valid.”

The decision can be appealed to the Texas Supreme Court.