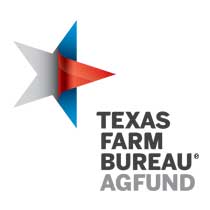 “Texas Farm Bureau AGFUND supports elected officials and candidates who understand agriculture and rural Texas on the issues important for the future of Texas,” said Russell Boening, president of Texas Farm Bureau and AGFUND. “The March primary showed voters support the candidates who have an interest in agriculture and private property rights—two of our state’s main priorities.”

With strong AGFUND support in a contested race, incumbent DeWayne Burns—a farmer and former Johnson County Farm Bureau president—won the Republican Party’s nomination for House District 58. Incumbent Kyle Kacal won the party’s nomination for House District 12 by more than 70 percent. Kacal is a Brazos County rancher who was also a county Farm Bureau leader. Neither faces a democratic challenger in the fall.

May runoffs for AGFUND-endorsed candidates will determine the nominees for Congressional District 19, Senate District 1, House Districts 5, 18, 64, 73 and 128.

In all, AGFUND endorsed candidates in 70 races, seeing wins in 57 of them, with six losses and seven races heading to a runoff.

“We still have work to do for friends of Texas agriculture,” Boening said.