Pruitt talked at length about the positive changes being made at EPA, including a major push to work with farmers and ranchers to correct or rewrite prior EPA rulings that unfairly penalized agricultural operations.

Pruitt spoke about the Waters of the U.S. (WOTUS) rule enacted by the Obama-era EPA administration.

“I am encouraged with our work on WOTUS,” Pruitt said. “The replacement rule will be finalized this year, and the wrong approach of the previous administration will go away.”

“In the past, EPA has been very anti-agriculture in the way they approached things,” Boening said. “WOTUS is just one example of the very wrongheaded approach to agriculture that has been prevalent throughout the agency’s recent history. It’s refreshing to see the leader of EPA take a common-sense attitude toward issues that affect agriculture.”

“I want people to understand the agency is not weaponized against farmers and ranchers,” Pruitt said. “We’re partners, not adversaries.”

Pruitt also talked about ending the practice of allowing scientists and researchers to receive grants from the EPA while serving on EPA advisory committees because it could be perceived as a conflict of interest and not representative of true independent council.

Pruitt encouraged attendees to reach out to regulators and voice their concerns about any legislation that may affect their operations and said the comment period was an important part of any proposed regulatory action.

“We must and should hear from you as we make those decisions,” Pruitt said. “You really are the heart of how we should respond in regulations, because you live it every single day.” 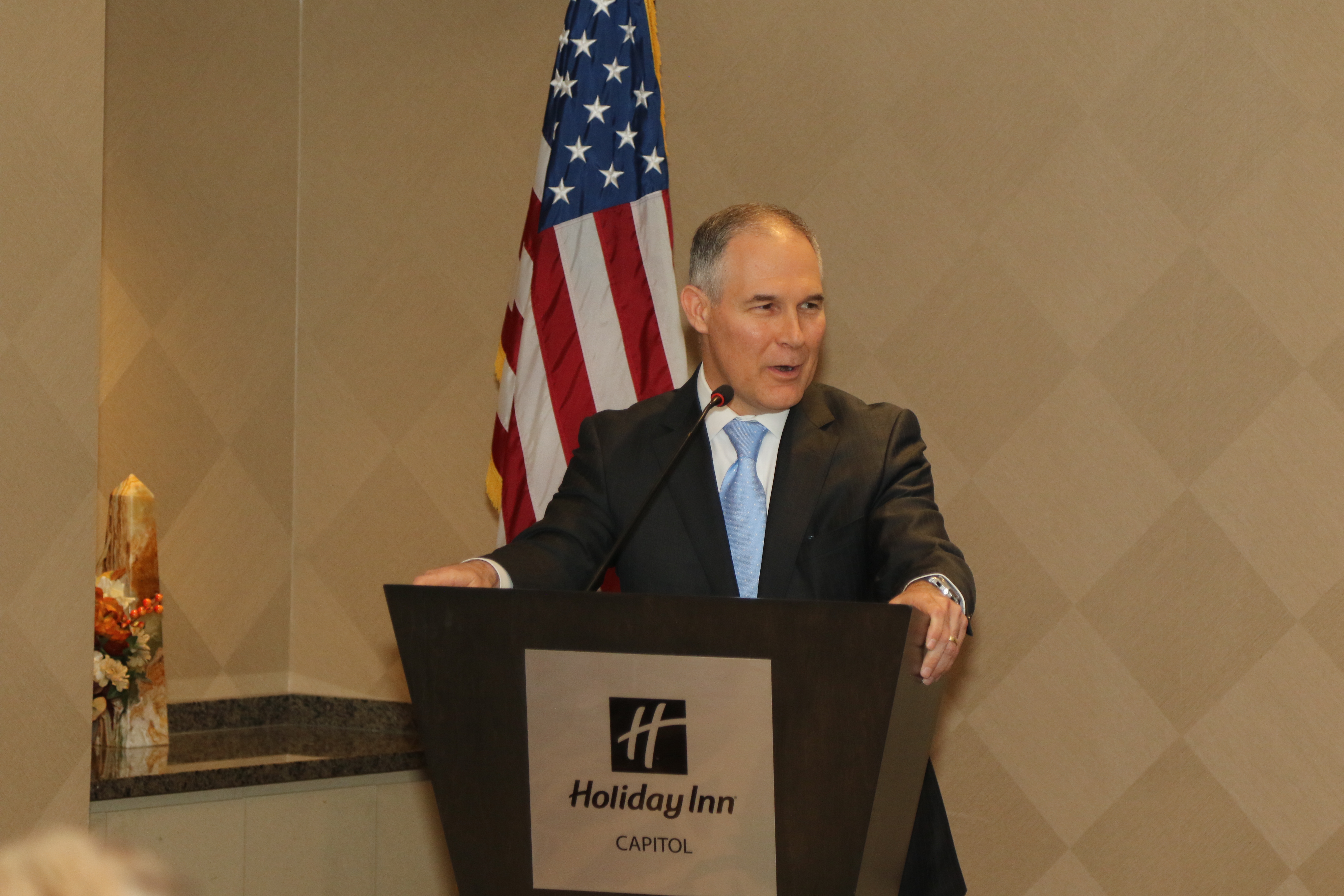