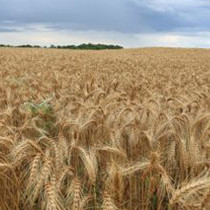 WACO, Texas--The following is a statement by Texas Farm Bureau (TFB) President Kenneth Dierschke regarding the U.S. House of Representatives' vote to delay the 2013 Farm Bill on June 20.

“A vote of 195 to 234 by the House of Representatives delayed the 2013 Farm Bill again. Texas Farm Bureau has discussed, negotiated and compromised on this farm legislation for two years, only to see hopes dashed.

“We commend the 21 members of the Texas Congressional delegation who stood proudly with farmers and ranchers in support of a balanced farm bill that would have provided a viable safety net for farmers across the nation.

“Congress must not give up on this vital legislation. Texas Farm Bureau will continue working with the House Agriculture Committee and Texas delegation to complete this bill and ensure essential risk management tools are in place to allow farmers certainty both now and in the future.”