He testified in support of SB 421 at a public hearing of the House Committee on Land and Resource Management.

“We understand the need for eminent domain,” Boening said. “We just want a fair process and the just compensation guaranteed by the Constitution.”

That’s not what current law provides landowners, and it’s one of the many reasons TFB and private property groups are stressing the need for reform.

“When talking about negotiating a deal with a company that has eminent domain, it’s critical to keep in mind that it isn’t a willing buyer, willing seller transaction,” Boening said. “There is no such thing as a ‘voluntary’ transaction when the company has the power to condemn your property.”

Each year, thousands of Texas private property owners are faced with forced condemnation.

The only statute in place requires that those private entities with eminent domain authority offer landowners a bona fide offer. It doesn’t, however, ensure the landowner receives a good faith offer.

SB 421outlines changes to current law to require offers be based on fair market value and include compensation for damages made to the remaining property.

The bill, which was passed by the Senate on April 4 by a vote of 28-3, also proposes all easement agreements used for pipelines or electric transmission lines included minimum protections for landowners.

“The law should require standard easement terms to protect landowners—things like specifying that the easement is for a single pipeline, specifying the required depth so we know it’s safe to run equipment over it, knowing how they will access the land and ensuring the repair and maintenance of the surface,” Boening said. “Easement terms are held as leverage over landowners under current law. If they take me to court, the easement is written exclusively by the company. I don’t have a right to anything I negotiated with them before court.”

The private entities would also be required to meet with landowners before the acquisition process begins.

“Landowners should have the opportunity to understand the project, what they are being offered and their rights,” Boening said. “Getting this information may actually decrease the need for attorneys.”

Boening noted during his testimony that TFB and other private property rights groups have met with the private entities to reach a compromise on the proposed legislation.

“I want to stress to the committee that we have spent countless hours negotiating in good faith with stakeholders. I personally spent many hours in the Ramsey Room behind the Senate Chamber trying to reach a deal,” he said. “But any compromise must work for both the companies and the landowners.”

TFB and other agricultural organizations and landowner groups support the legislation, because it seeks a better solution for private property owners, while also ensuring public needs are met. 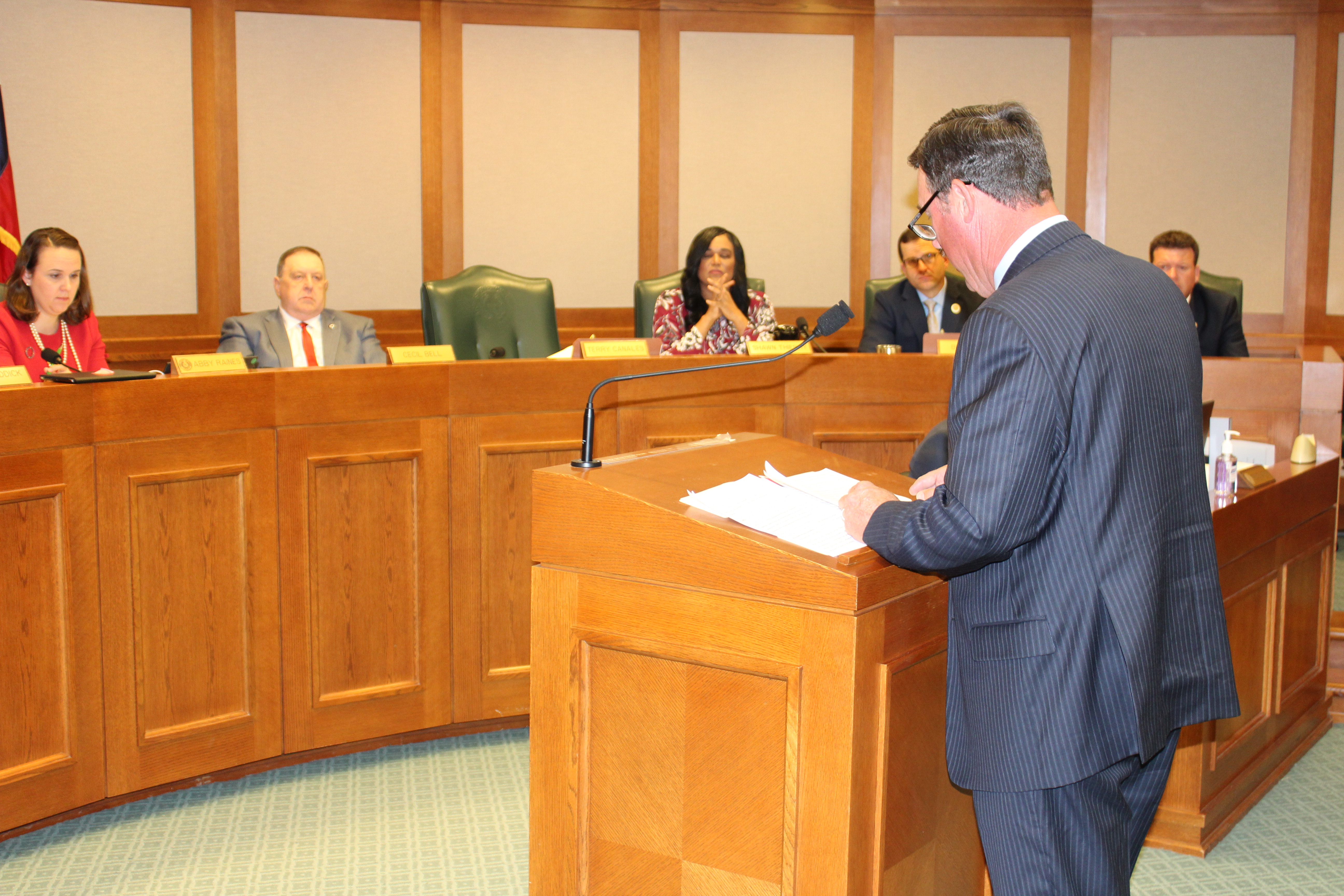 Texas Farm Bureau President Russell Boening testifies in support of SB 421, one of the bills aimed at reforming the state’s eminent domain process, before the House Committee on Land and Resource Management.