“We have been listening to the concerns of our members and hearing how their livelihoods are being affected by the surge on the border. Farm and ranch families, many of whom have owned land for generations, are bearing the brunt of this unprecedented influx and have never seen a more dire situation,” the groups wrote in the June 3 letter.

The Farm Bureaus said while illegal immigration is often perceived primarily as a southern border issue, communities across the country are being negatively impacted. If not properly addressed, these issues will only continue to multiply and escalate, according to the Farm Bureaus.

“They shared how their crops and property are being damaged, which in turn has caused financial hardship. For example, these landowners are experiencing cut fences, destroyed crops, compromised water sources, vandalism, litter on their property and more. Most importantly, the security and safety of these families are at stake given the current circumstances,” stated the letter.

The groups say human smugglers (Coyotes) are making false promises and doing whatever it takes to get paid and get away, including jeopardizing lives and property. In their desperation to evade law enforcement, Coyotes abandon people, steal vehicles, vandalize property and threaten the safety and livelihoods of farmers and ranchers, according to the Farm Bureaus. The groups noted Coyotes are often criminals who smuggle drugs and firearms into the country, frequently leaving them on property, causing unrest for farm and ranch families.

“The current situation should not be acceptable to you or to any American. People are being treated as a disposable source of income, and landowners are living in fear while Coyotes reap a windfall from leaving people destitute. You must not allow this to continue,” the letter stated.

Farmers and ranchers along the border continue to share stories of financial hardship and disruption from the surge of illegal immigrants. View their stories on Texas Farm Bureau's Border Crisis Impacts webpage. 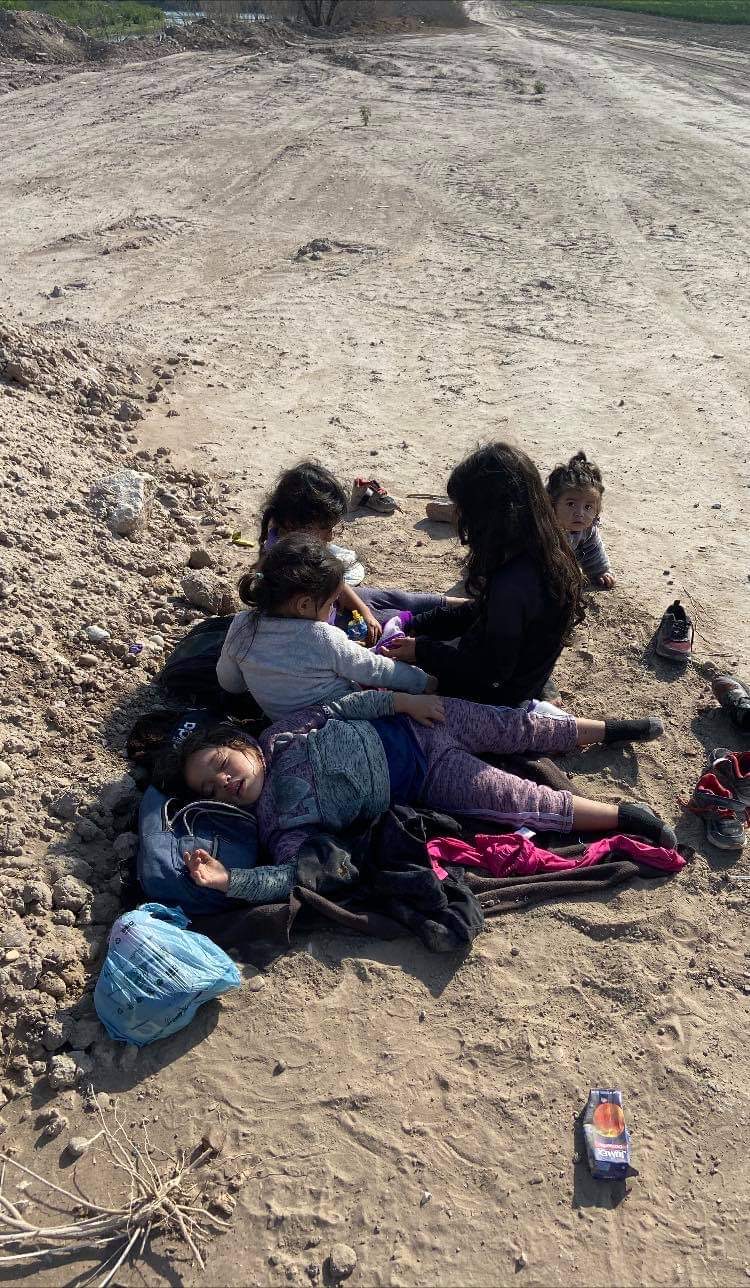 Unaccompanied or abandoned children are being found on Texas farms and ranches near the southern border during the current crisis. Photo courtesy Kate Hobbs.