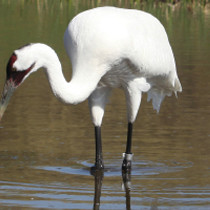 WACO, Texas—The Fifth Circuit Court of Appeals has granted an emergency stay on a U.S. District Court judge’s orders that could potentially shift state control of water resources to the federal government.

U.S. District Court Judge Janis Graham Jack recently ruled in favor of an environmental group in its case against the Texas Commission on Environmental Quality (TCEQ), the San Antonio River Authority, the Guadalupe-Blanco River Authority and the Texas Chemical Council. The suit alleged that TCEQ’s water management practices led to the disappearance or deaths of 23 endangered whooping cranes. It further contended the deaths of these cranes was a “take” in violation of the Endangered Species Act.

“The stay is good news for all Texans. It prevents the implementation of the U.S. District Court ruling that potentially allows the federal government to dictate to Texans what we can do or cannot do with our water,” said Regan Beck, assistant general counsel for Public Policy at Texas Farm Bureau. “Our organization will continue to be involved in this case as it moves through the appeals process.”

Beck said Judge Jack’s ruling would have prevented TCEQ from approving new water permits and would have required the agency to apply for an Incidental Take Permit and then develop a Habitat Conservation Plan. In addition, domestic and livestock users—which are currently exempt from permitting—would have been more closely monitored. And, water permit holders who hold a vested property right in the water permits could have lost some of those rights.

“From her ruling, Judge Jack believes that federal law preempts state law when regulation takes water away from the cranes,” he said. “States, not the federal government, regulate their own water.”

Her ruling—if allowed to stand—could cause a domino effect as other endangered species are listed, allowing all surface water in the state of Texas to come under federal rule, Beck said.

“Texas Farm Bureau is very concerned,” Beck said. “We think Judge Jack’s ruling is one of the biggest threats to Texas right now—our water and how we allocate the use of that water.”