(WACO, Texas)—Retail food prices showed a slight decrease during the first quarter of 2018, with a basket of 16 staple items at the grocery store totaling $45.53, according to the latest Texas Farm Bureau (TFB) Grocery Price Watch survey.

The meat counter saw mixed prices in the first quarter.

Boneless, skinless chicken breasts showed an eight-cent decrease from last quarter, ringing in at $3.28 per pound.

“Beef and pork were both driven slightly higher during the winter months. Demand helped this move, but it’s still not far from a normal seasonal change in price,” Boening said.

The dairy products in the basket posted lower prices in the first quarter.

“The dairy herd and milk production in the U.S. have increased,” Boening said. “It’s a basic case of supply and demand. More cows mean more dairy products on the market and the results is a drop in price.”

In the produce aisle, prices for grapefruit were down 24 cents in the first quarter, due in large part to the seasonal increase in supply.

Of the 16 items surveyed, lettuce and rice also decreased in price. 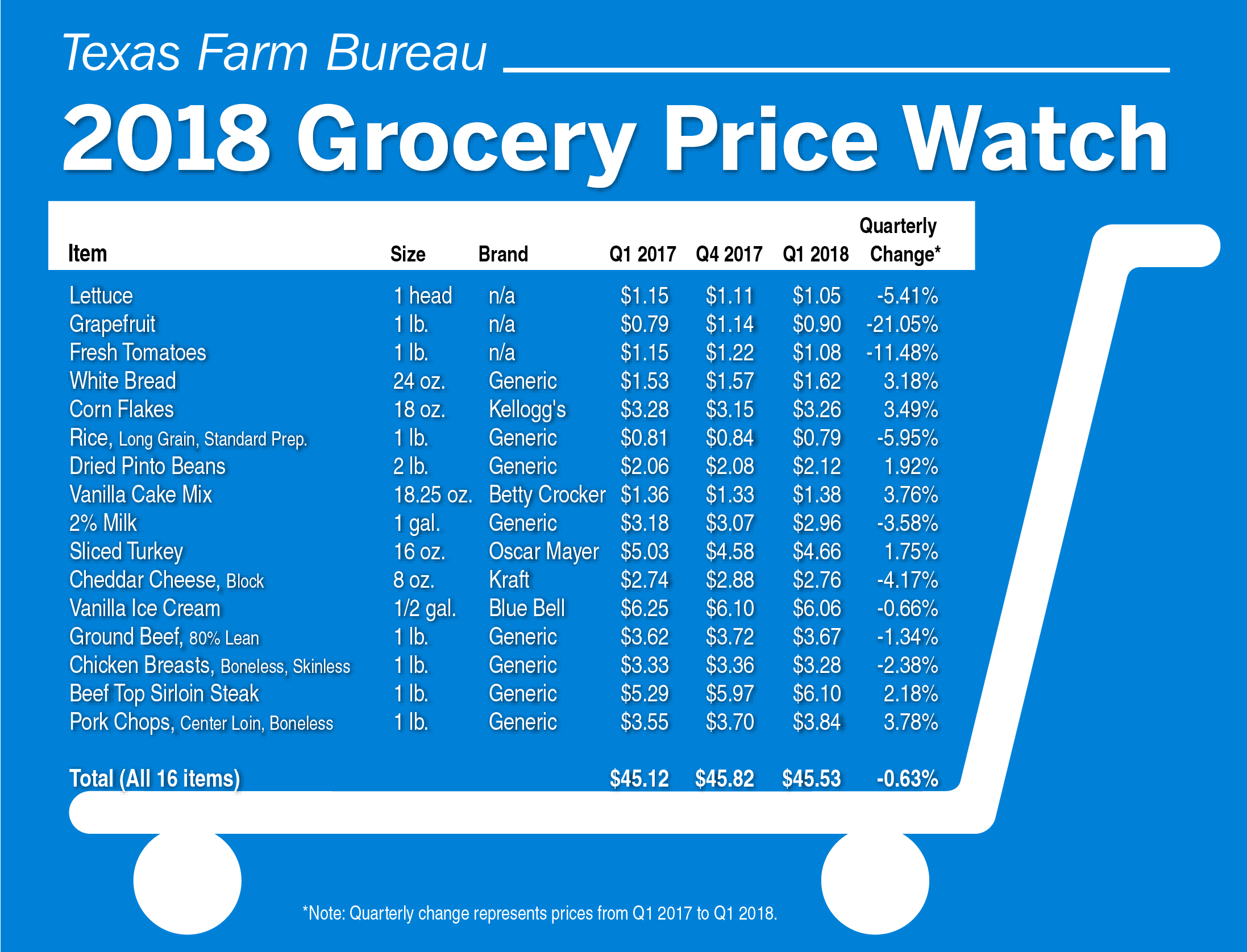