(ARLINGTON, Texas)—An innovative program designed to save lives is being recognized by Texas Farm Bureau (TFB) and the American Farm Bureau Federation (AFBF).

Lamar County Farm Bureau (CFB) was one of three county Farm Bureaus to be recognized by Texas Farm Bureau. They’re one of 24 CFBs nationwide to receive a County Activities of Excellence award from AFBF.

After a 32-year-old man in their community died in a grain silo accident, Lamar CFB worked together with the late Paul Chelius’ family to raise funds and host an educational grain bin safety and rescue workshop in Paris, Texas.

“Lamar CFB and their community worked together through their sorrow to educate the public and prevent the same thing from happening to anyone else,” TFB President Russell W. Boening said. “Their desire to prevent future losses and to serve one another is an inspiration to us all.”

Lamar CFB’s grain bin safety and rescue demonstration increased the awareness of the dangers of working around grain storage facilities. It included a classroom portion with tips on how to spot dangers in and near grain bins and silos.

The Paris Fire Department then used a rescue tube, bought for them by Lamar CFB, to demonstrate how to safely pull someone from a grain bin.

The entire event was videotaped and shown on screens so all attending first responders, farmers and others could see exactly what was happening. The video is also being made available to those who could not attend.

More than 300 first responders, farmers and others participated, coming from as far as 100 miles away.

“Farm and ranch safety is paramount,” Boening said. “Lamar CFB has gone above and beyond to not only help their community, but to also help farmers, ranchers and first responders across their area.”

The CFB raised enough funds to purchase at least three rescue tubes and augers for area first responders in Lamar, Fannin and Hopkins counties. The tubes, labeled in Paul Chelius’ memory, will be used to stabilize grain and rescue a person from a grain bin or silo.

The CFB and its volunteers will be recognized during TFB’s Annual Meeting Dec. 5-7 in Arlington.

They will again be highlighted during AFBF’s 97th annual meeting Jan. 10-13 in Orlando, Fla. 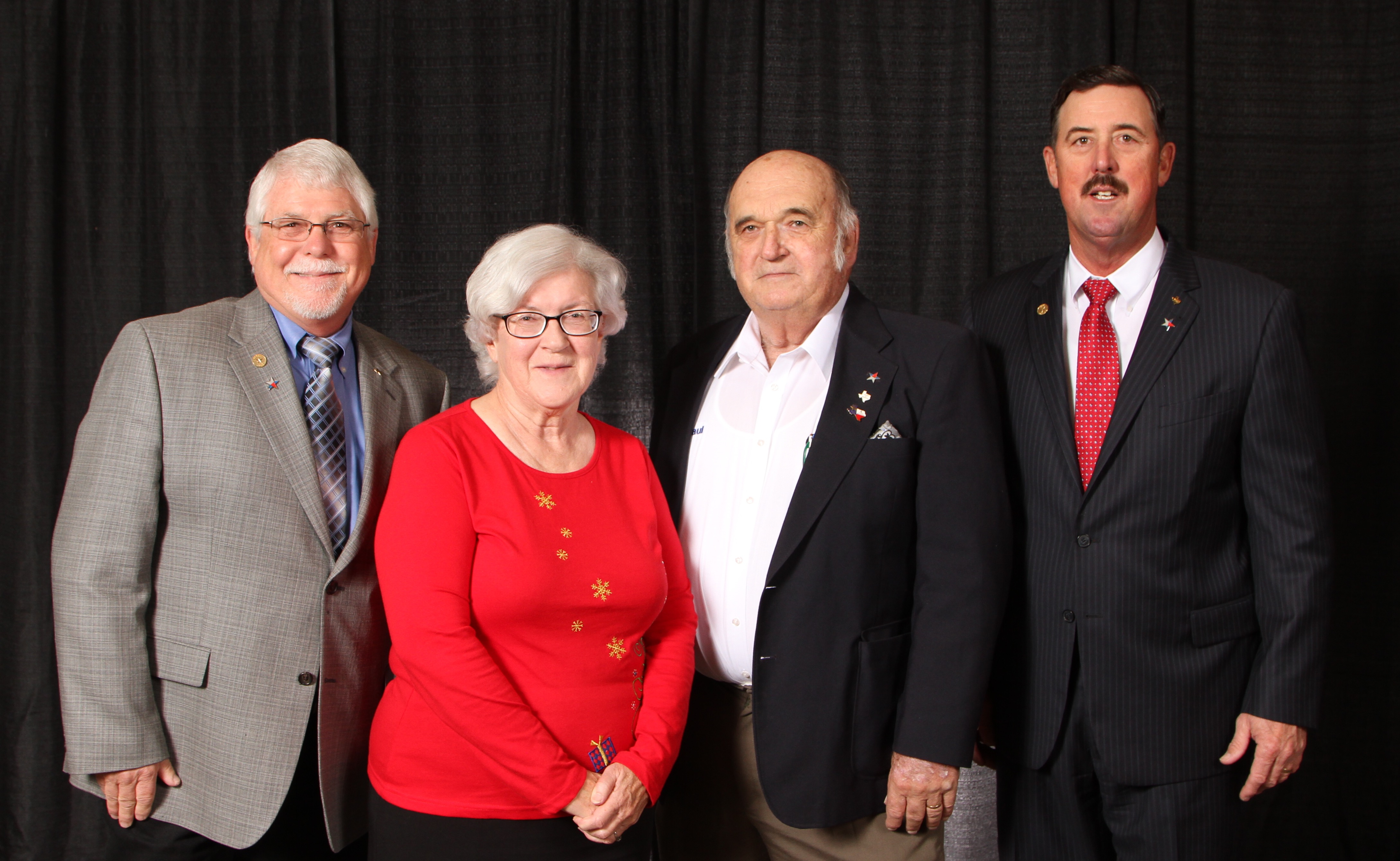 Lamar County Farm Bureau was recognized for their innovative program at the Texas Farm Bureau annual meeting in Arlington.