(ARLINGTON, Texas)–Their desire to succeed and drive to innovate has paid off for one farming couple from Lissie, Texas. They’ve just won the title to a brand new truck.

“Couples like the Gertsons are the future of Texas agriculture,” TFB President Russell W. Boening said. “They’re not afraid of hard work. They’re willing to try something new, and they promote agriculture wherever they go.”

The Gertsons grow rice, sorghum, soybeans and wheat in Wharton County. Although Timothy is a fifth generation rice farmer, he didn’t sit back and wait to inherit the family farm.

Instead, he and a cousin set out on their own, determined to make it.

Timothy is preparing to plant his first organic crop and his first corn crop in the same year. He plans to grow organic corn to meet rising demand for the product.

He’s worked for years to improve the land he leases, repairing dilapidated irrigation wells and canals and using technology to conserve water wherever possible.

Lindy is a registered nurse at their community hospital. The couple is involved in many community organizations, including their local Habitat for Humanity, the USA Rice Federation and more.

Timothy is president of the Wharton County Farm Bureau.

“This contest is designed to honor young farmers and ranchers who are working to make a difference in their communities and in Texas agriculture,” Boening said. “We had a great group of contestants this year. We’re pleased to be able to recognize them all for their time and talents.”

Other finalists in this year’s competition include Galen Franz of Victoria and Marcus and Amy Halfmann of Garden City.

As winners of the Outstanding YF&R contest, the Gertsons will represent Texas at the national competition in January.

They’ll also receive: the title to a 2016 ¾ ton Chevrolet pickup with a diesel engine, courtesy of Texas Farm Bureau Insurance Companies; a $5,000 cash award, courtesy of Farm Credit; use of a Case IH Farmall or Maxxum series tractor for one year; a $750 service voucher, courtesy of Chevrolet; a plaque representative of the award; and a trip to the American Farm Bureau Federation Achievement Award competition in Orlando, Fla.

This year’s runners-up will take home: a $500 cash award, courtesy of Southern Farm Bureau Life Insurance Company; a new pair of Justin Boots, courtesy of Justin Brands, Inc.; a power tool valued at $200, courtesy of Grainger; and a plaque representative of the award. 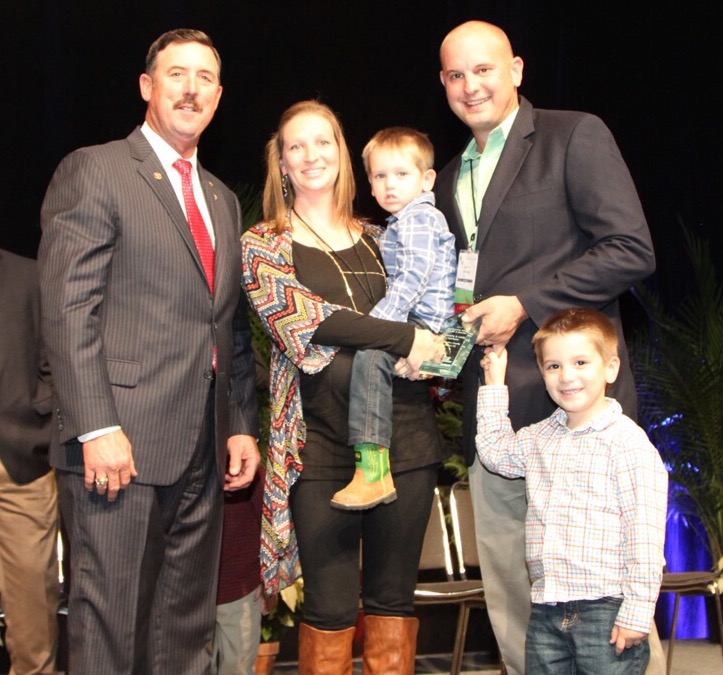