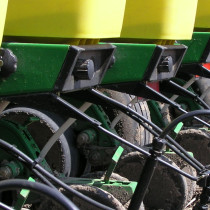 WACO – The president of Texas’ largest farm and ranch organization said the group would oppose an extension of the current farm bill, favoring instead a new five-year farm bill approved by the U.S. House of Representatives Agriculture Committee earlier this year. Today, the House announced a proposal to extend the 2008 Farm Bill for one year, in lieu of passing a new five-year plan.

“The Texas Farm Bureau strongly supports the passage of a new five-year farm bill,” Dierschke said. “Therefore, our organization respectfully requests that House leaders oppose passage of a single year extension of the 2008 Farm Bill. The proposed legislation to be considered this week requires significant budget reductions in agriculture spending with little or no benefits to Texas producers.”

Farm bill legislation approved earlier this year by the House Agriculture Committee continues essential programs for producers and consumers. That legislation results in savings of more than $35 billion over a period of 10 years. The legislation also has support from a wide range of American agricultural groups.