Casey Neuman, 17, son of Jason and Kim Neuman of Livingston, topped 12 other speakers from across Texas in the annual contest.

At Onalaska High School, he is district president of FFA, a member of the National Honor Society and competes in UIL events.

Neuman, who represented Polk County Farm Bureau in the contest, plans to attend Texas A&M University and major in Biomedical Sciences. He hopes to practice as a large animal veterinarian.

Runner-up in the Dec. 5 competition and winner of a $3,000 scholarship was Connell Barnett, 16, a high school junior from Lometa. The son of Brad and Carmen Barnett, he plans to attend the Air Force Academy or Texas A&M University and make a career in the Air Force.

Four other finalists and winners of $2,000 scholarships were named, including Maleea Harper of Lamb County; Sophia Kelley of Parker County; Ashley Luce of Howard County; and Morgan Whitman of Foard County.

The six finalists will receive an expense-paid trip to Washington, D.C. to visit elected officials, witness Congress in session and visit historical sites. 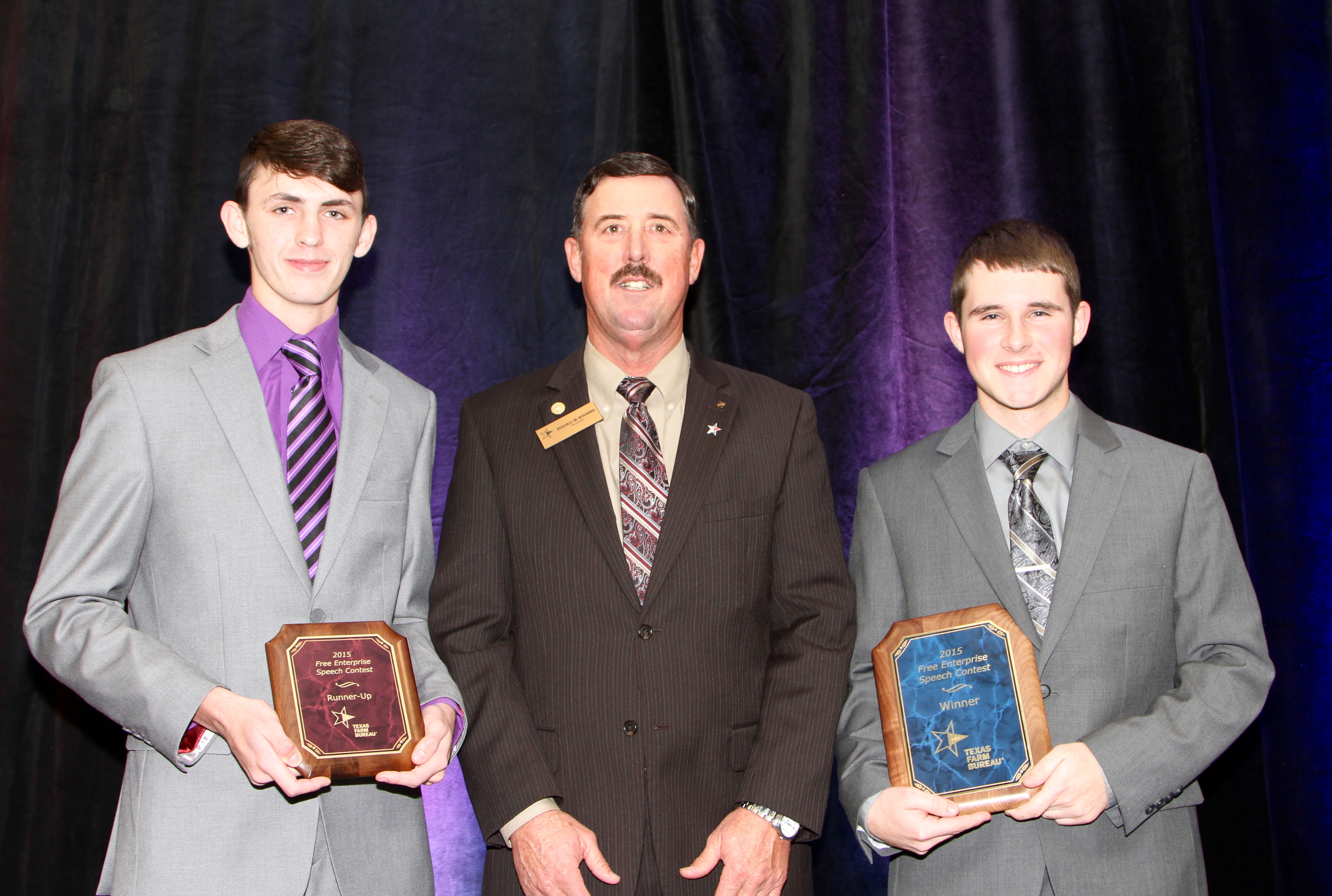