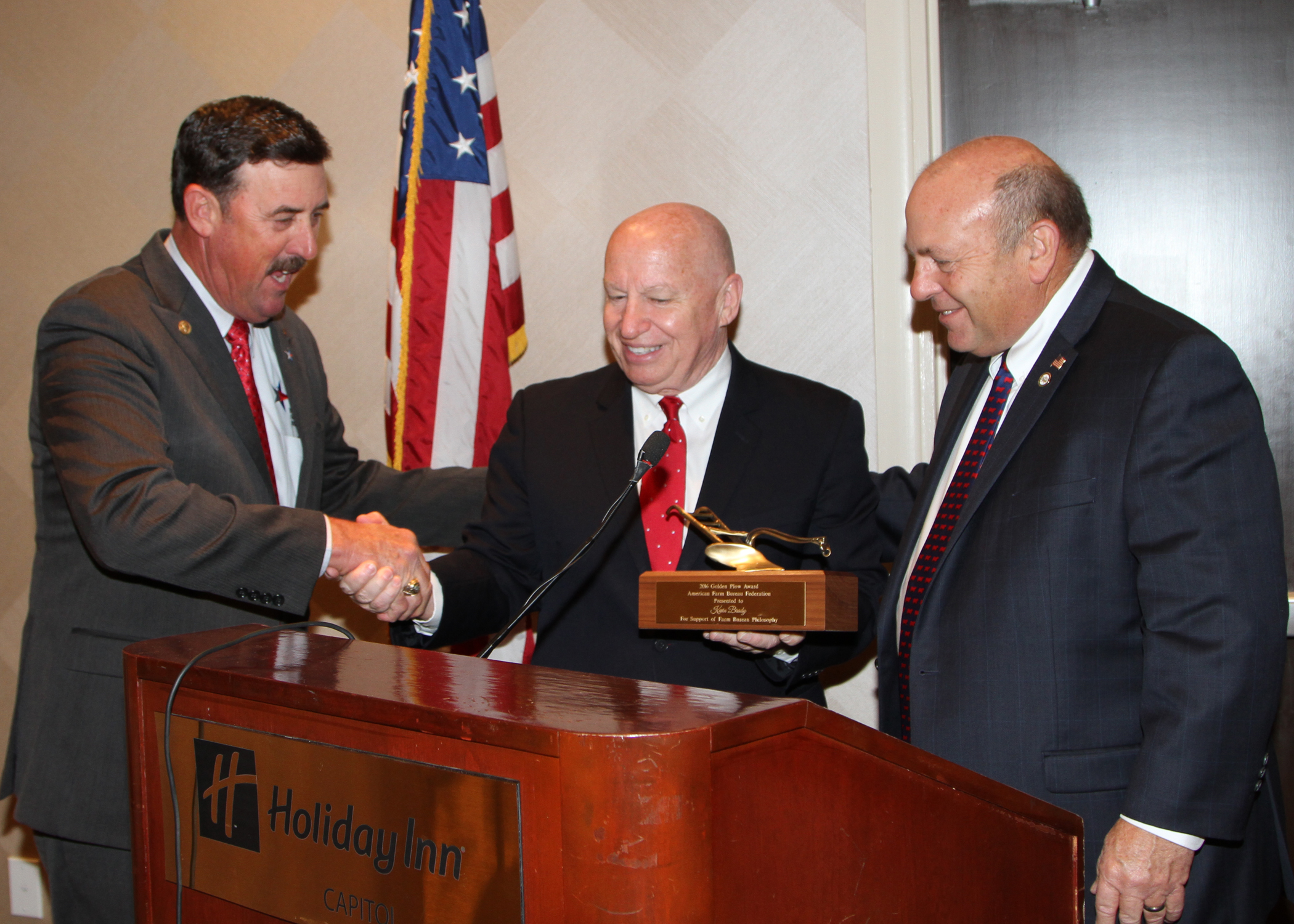 "We're here to say thank you to Congressman Brady for what he's done for agriculture, for rural Texas and the whole country," TFB President Russell Boening said. "He's been a work horse for agriculture."

Brady represents the 8th District of Texas in the U.S. House of Representatives, which includes all of Montgomery, Walker, Houston, San Jacinto, Trinity, Grimes, Madison and parts of Leon and Harris counties.

"It is really an honor to receive the Golden Plow Award from the American Farm Bureau," Brady said. "The Farm Bureau does amazing work on behalf of our farmers and ranchers. I'm proud to be a part of it. They've been just champions on big issues like getting regulation off the backs of our local producers, helping champion with me to end the death tax, which is the biggest reason family farms and ranches aren't passed down to kids."

As chairman of the House Ways and Means Committee, Brady stood up for agriculture in pushing World Trade Organization action against China for breaching its tariff-rate quota commitments for rice, wheat and corn.

He also worked on passage of new trade agreements that have created jobs in manufacturing, agriculture and technology in Texas.

"Our aggies are exporting $133 billion of Made in America farm products. It's really exciting," Brady said. "I'm really, really honored to be receiving the award this year. And I'm going to continue to work with Farm Bureau to help make the country better."

AFBF awards the Golden Plow for outstanding service to America’s farmers and ranchers.

"Congressman Brady has been an outstanding representative for American agriculture and Texas agriculture. He had a 100 percent voting record on the issues that we thought were important on the votes on the Hill. Texas nominated him and called him a work horse for American agriculture," AFBF President Zippy Duvall said. "We very much support that and think he very much deserves this Golden Plow Award, which is our highest honor for leadership on the Hill."

The objectives of the Golden Plow Award are to identify, select and award members of Congress, regardless of party affiliation, whose philosophies or records demonstrate their commitment to the free enterprise system, sound agricultural policies supported by Farm Bureau, fiscal conservatism and reduced federal regulations on businesses and individuals.

To download a high-resolution copy of the photo included with this release, please click here and here. Please give photo credit to Jessica Domel, Texas Farm Bureau.