The survey results recorded a total of $45.86 for a 16-staple item basket, including produce, meat, grain and dairy products.

“It was a slight increase from the first quarter—just 33 cents,” TFB President Russell Boening said. “Oftentimes our total grocery bill is high, but our survey only counts the food products and not the other household items you can purchase in the store.”

Prices at the meat counter were mixed, but sirloin steak led the increase this quarter, up 38 cents to $6.48 per pound.

The TFB Grocery Price Watch is conducted quarterly by shoppers strategically located across the state of Texas. The current survey data was collected by 43 shoppers from May 31-June 7, 2018. TFB has monitored Texas food prices through its Grocery Price Watch survey since March 2009. 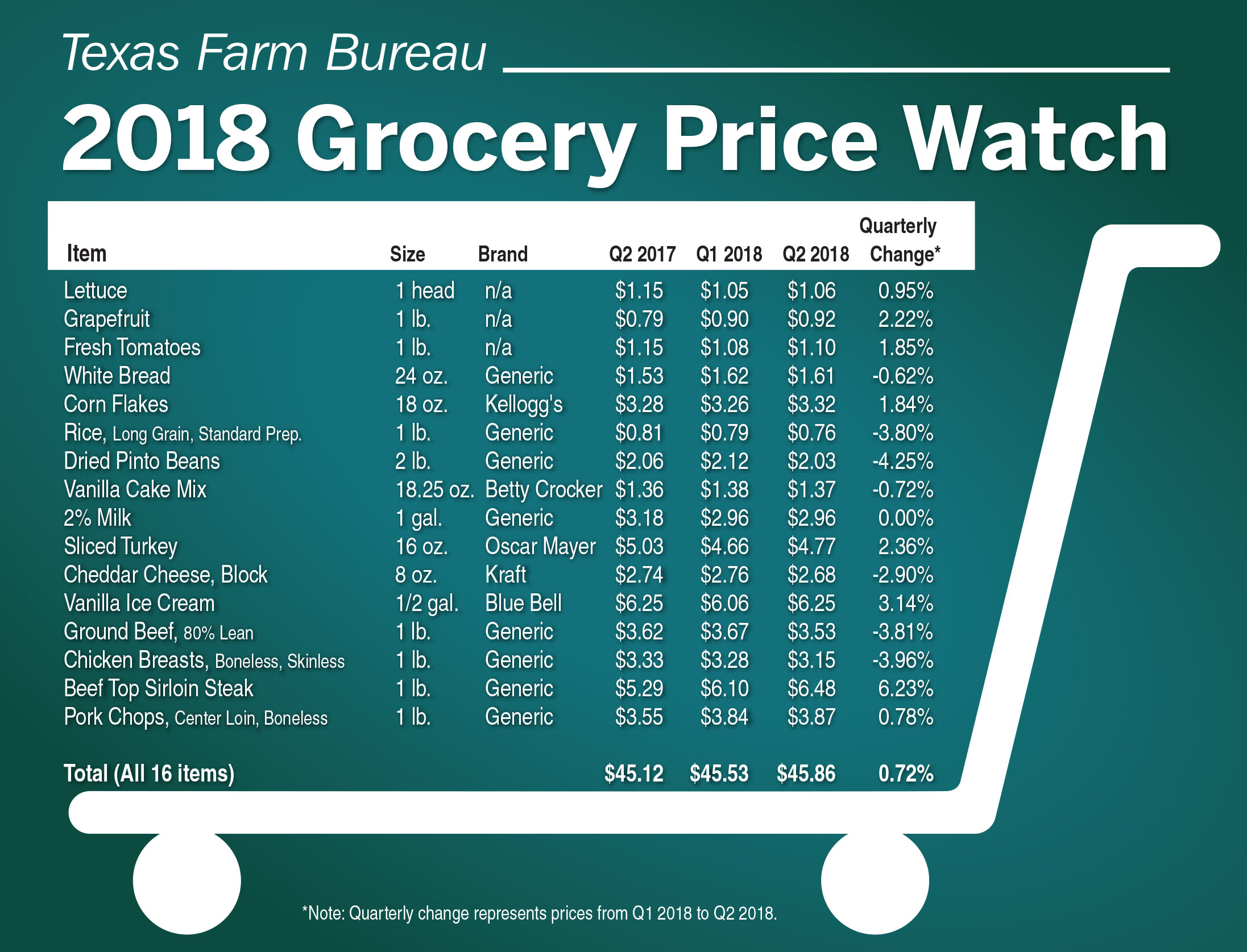