(FRISCO, Texas)—For their dedication to agriculture, their community and family, a Smith County couple has been selected as this year’s Texas Farm Bureau (TFB) Excellence in Agriculture (EIA) competition winner.

Justin and Kacy Mitchell of Tyler have careers off the farm but still make time to be active in production agriculture.

Kacy is a rental equipment sales representative for ASCO equipment in Tyler, where she works with the agricultural and construction industries. Justin Mitchell is a lease operator for XTO Energy.

Outside their day jobs, the Mitchells manage their cow-calf and hay operation and also operate a pecan orchard. The couple is working to make their land more productive by clearing timber and planting grass.

“It takes a lot of time to be involved in agriculture in addition to careers outside the ranch, but the Mitchells have embraced that commitment,” TFB President Russell Boening said. “They have worked to make their ranch more productive, while also giving their time and talents to their community and sharing their passion for agriculture with others.”

The Mitchells were selected from a group of three finalists, which included Jarrod and Kassie Montford of Bridgeport and Ardy Tiner of Rusk.

The EIA contest recognizes young Texas men and women who are involved in agriculture but do not earn their primary income directly from their own farm or ranch enterprises.

“We’re pleased to recognize these contestants, because they play a vital role in Texas agriculture,” Boening said.

The Mitchells are active in their church, community and Farm Bureau.

They have one son, Coulter.

As this year’s winner, the Mitchells will take home a UTV, courtesy of Southern Farm Bureau Life Insurance Company, and a $5,000 cash award, courtesy of Farm Credit Bank of Texas.

The Mitchells will go on to represent Texas at the national competition during the American Farm Bureau Federation annual meeting in January.

This year’s runners-up will receive $500 cash, courtesy of Southern Farm Bureau Life Insurance Company, and a power tool valued up to $200, courtesy of Grainger. 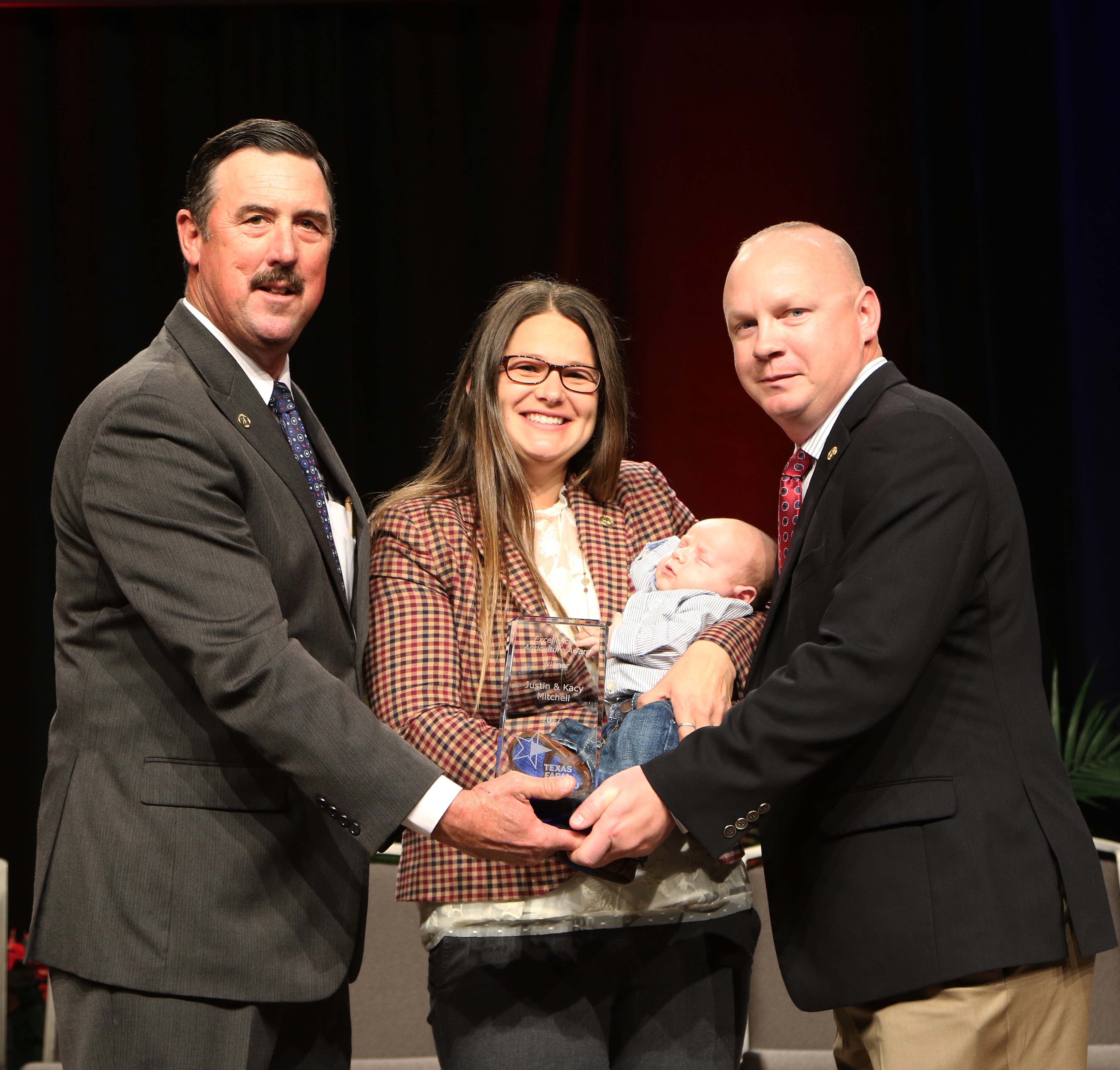 Justin and Kacy Mitchell of Tyler are the winners of the 2017 Texas Farm Bureau Excellence in Agriculture contest at the organization’s 84th annual meeting in Frisco.