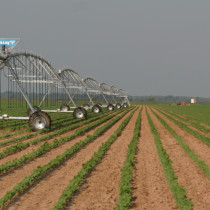 The farm and ranch families of Texas are very pleased with the passage of a farm bill by the United States Senate. This legislation sharply reduces agriculture spending, but still preserves a safety net for farmers. We urge Texas members of the House to vote “yes” when the farm bill is considered.

We thank the senators outside of Texas for this vote, but we are very disappointed with the “no” votes of both Senator John Cornyn and Senator Ted Cruz. Political rhetoric claiming to support farmers does nothing to help the future of agriculture. This “no” vote on a major farm bill cannot be justified as pro-farmer in any way.

We’ve been talking about a farm bill for more than two years. Failure to pass a bill last year resulted in lost funding and left us with a “bare bones” program. We’d like our Texas U.S. senators to understand they will still have one more chance to vote in support of farmers when the conference committee report returns to the Senate.