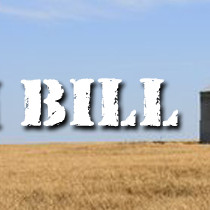 Today, in a 251-166 vote, the U.S. House of Representatives passed the 2014 Farm Bill. We appreciate the courageous votes cast by the majority of the Texas delegation in favor of the bill’s passage. Realizing how important the bill is to all Americans, not just farmers and ranchers, we hope the Senate soon follows in the House’s footsteps and approves the bill so that it can be sent to President Obama’s desk for his signature.

A no vote on this bill accomplished nothing. No reforms, no benefits, nothing.

We realize that not everyone got exactly what they wanted in the 2014 Farm Bill. This bill was truly a work of compromise, and we believe the conference committee struck a good balance and made significant reforms, not only to farm programs but also to nutrition and other programs. If passed by the Senate and signed into law, this bill will provide certainty that Texas farmers and ranchers need as they move forward in preparation for the spring and seasons to come.