Texans to pay slightly more for Thanksgiving this year

(WACO, Texas)— A traditional, Texas-style Thanksgiving dinner for 10 will cost $48.49 this year, up $2.41 from a year ago, according to the special Texas Farm Bureau (TFB) Thanksgiving Meal Report.

Turkey prices led the increase, with a 16-pound turkey ringing in at $19.74. The cost of a turkey in Texas stores, however, is still lower than the national average of $21.71 for a 16-pound bird, according to the American Farm Bureau Federation’s food price survey.

Turkey production has slowed this year, which is reflected in the cost at the grocery store.

Dairy products saw a decrease in price due to an ample supply of milk.

Cubed stuffing and frozen pie shells decreased in price this year. Fresh sweet potatoes had no change from 2017.

“Although the overall Thanksgiving meal cost increased slightly this year, the items needed for a traditional Thanksgiving dinner are still affordable for consumers,” Texas Farm Bureau President Russell Boening said. “Farmers across Texas and the U.S. work to provide abundant and affordable food products throughout the year, not just at Thanksgiving.” 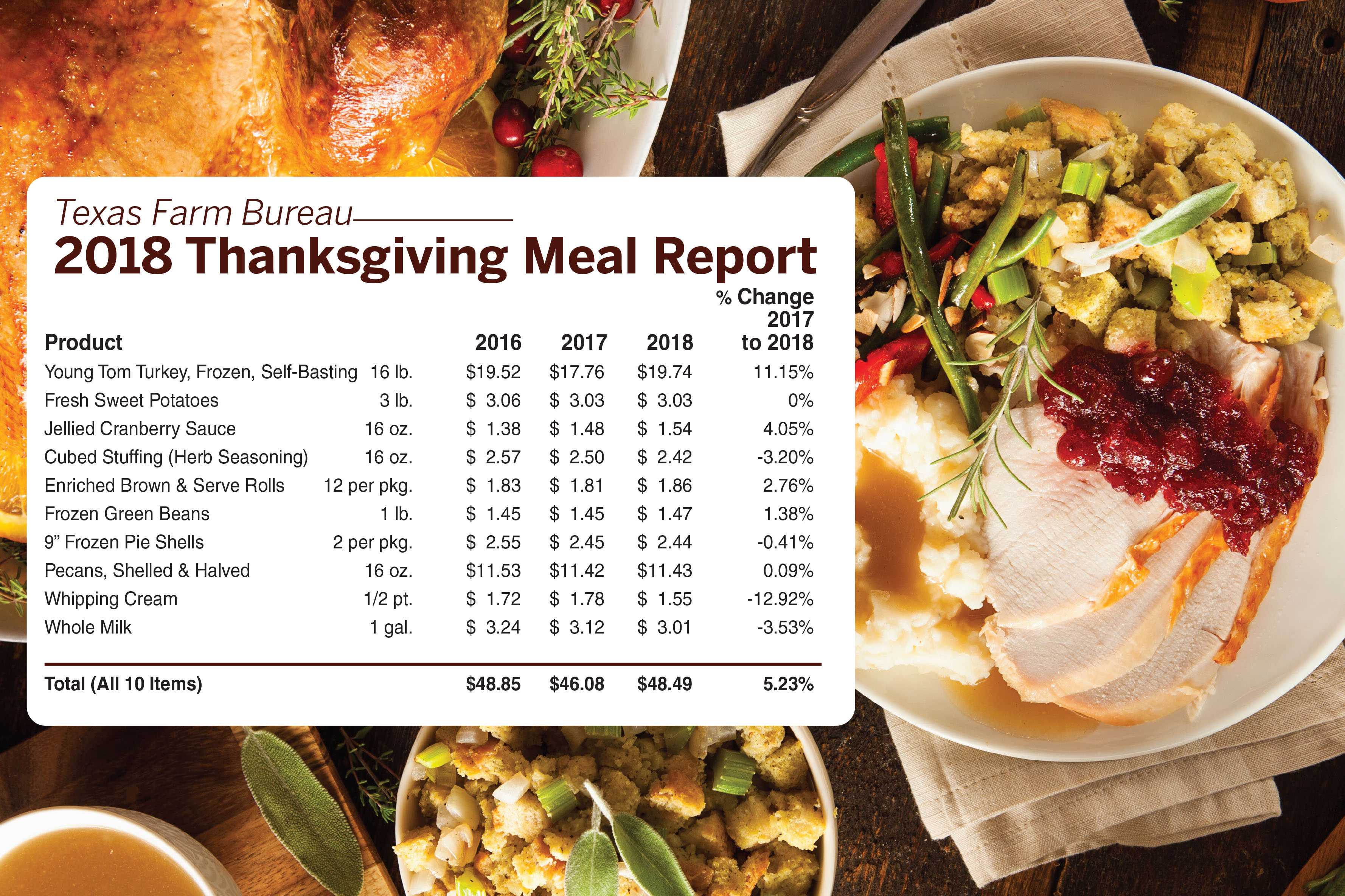