Darrell Bowers, 30, and his wife, Lindsey, were chosen over two other finalists today at the 79th TFB Annual Meeting in Waco.

The second-largest catfish farmer in the state, Bowers sent nearly 3 million pounds of fish to processing plants last year, and he hopes his operation continues to grow.

“I didn’t want to come home to just row crop. Whenever we decided to do something different with aquaculture, I really thought this could be something for the future,” Bowers said. “It’s sustainable. We can grow a lot of food on a short amount of acres. With the growing populations, I think this was a way I could actually do more of my part than any other way to help feed the world.”

Bowers currently has 38 eight-acre catfish ponds near Inez. He hopes to add additional fish, like bass or freshwater shrimp, in the future.

The Bowers have two sons, Weldon and Will.

As winners of the statewide contest, the Bowers will receive: a $5,000 cash award, courtesy of Farm Credit; the title to a 2013 ¾-ton 4x4 Chevrolet pickup with a diesel engine, courtesy of Texas Farm Bureau Insurance Companies; a Case tool box, valued at $1,400, courtesy of Case IH; and a plaque and belt buckle representative of the award.

The Patschkes and Sparks each will receive a new pair of Justin boots, courtesy of Justin Brands, Inc.; a power tool valued at $200, courtesy of Grainger; and a plaque and belt buckle representative of their accomplishment.

The Bowers will go on to represent Texas at the American Farm Bureau Federation’s (AFBF) Annual Meeting Jan. 13-16, 2013, in Nashville, Tenn.

The winner of the Achievement Award at the AFBF meeting in January will receive a 2013 GMC Silverado or 2013 GMC Sierra, courtesy of GM, and paid registration to the 2013 Leadership Conference Feb. 8-11 in Phoenix, Ariz. The three national runners-up will receive a Case IH Farmall 65A, courtesy of Case IH, and a $2,500 cash prize and a STIHL Farm Boss, courtesy of STIHL. 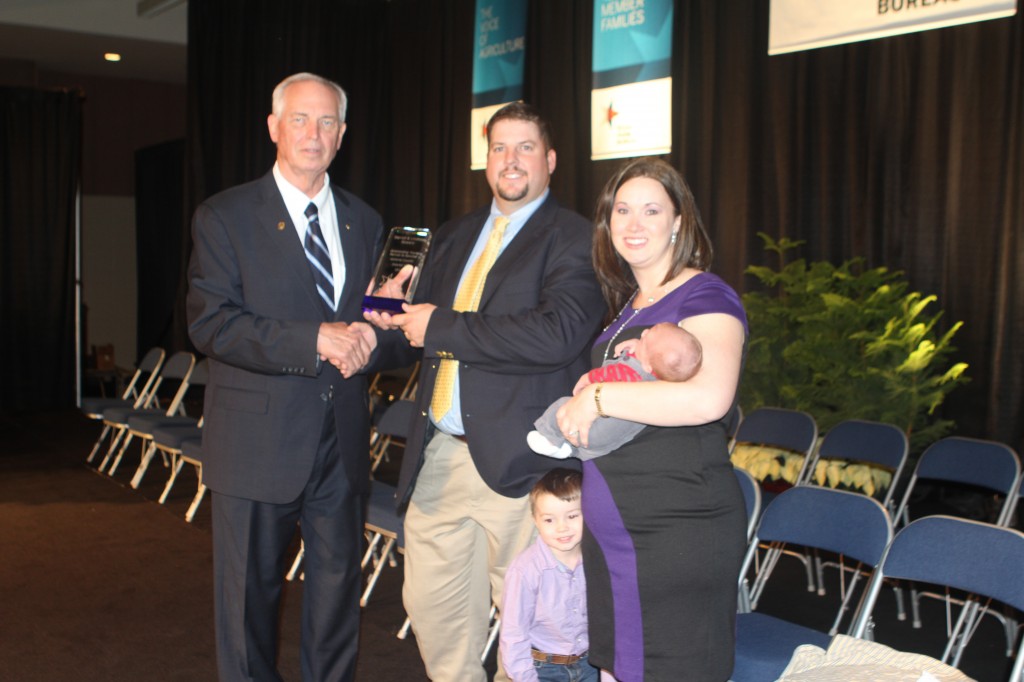