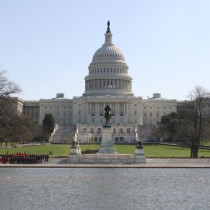 The following is a statement from Texas Farm Bureau President Kenneth Dierschke regarding the passage of bipartisan fiscal cliff legislation:

“The passage of the so-called fiscal cliff legislation adds certainty to tax policy, which is good business for America. Regrettably, the deficit was not addressed by Congress, and much work is still needed to get our fiscal house in order.

“One positive note to the legislation is restoration of the $5 million exemption level for the estate tax, which was in danger of falling to $1 million.  This permanency and the fact that the estate tax is indexed for inflation are positive for agriculture and all small businesses. This ensures that most family farms can be passed on to subsequent generations.

“Recognizing that the last minute package is not perfect, it does extend the 2008 Farm Bill and prevents the 1949 farm law from being implemented, which would have created major problems for agriculture and consumers. Although we would have preferred a five-year farm bill, the extension allows farmers and ranchers and their bankers to plan for the 2013 crop.

“We realize this was a tough vote and appreciate Congress taking this action.”