The 28 Texas Farm Bureau (TFB) delegates were part of 345 voting delegates from all 50 states and Puerto Rico at the AFBF business session on Jan. 11.

Long-standing frustration over imbalances in the meat industry led to calls for greater transparency in livestock markets. Producers expressed concerns about margins enjoyed by packers of boxed beef compared to prices received by ranchers.

“I think there was agreement here that transparency in those beef markets needs to be looked at, needs to be improved. We just didn't think that the mandatory negotiated cash trade was the way to do that,” TFB President Russell Boening said. “When you mandate how someone buys your cattle, you're also mandating how you can sell your cattle. And we just thought that our folks, from the resolution that came out of our TFB annual meeting, did not want to go down that route.”

TFB Vice President Pat McDowell of Wheeler County also spoke on the delegate floor in support of the policy language.

“In our view, our big argument was that a mandate hurts the cow-calf producer. And we've studied it, and we've had experts tell us. The money was going to be lost through the cow-calf end of it if we mandated the packer to be in there. The experts convinced us, and we just believe that we made the absolute right decision here on the convention floor. It’s going to be good for Texas cow-calf raisers,” McDowell said.

Other Texas policy resolutions approved by delegates include AFBF opposing any changes to the current animal cruelty laws that adversely impact the normally accepted practices of handling livestock and opposing any legislation that inhibits or prohibits animal husbandry practices commonly used in livestock production; AFBF opposing the Environmental Protection Agency restricting the sale and or movement of agricultural products that have been legally treated with certain pesticides; AFBF opposing the monitoring and reporting of bank accounts and financial transactions to the Internal Revenue Service; AFBF opposing the taxation of livestock; and AFBF supporting cultural and programmatic changes to get more accurate and timely reports from National Ag Statistics Service. 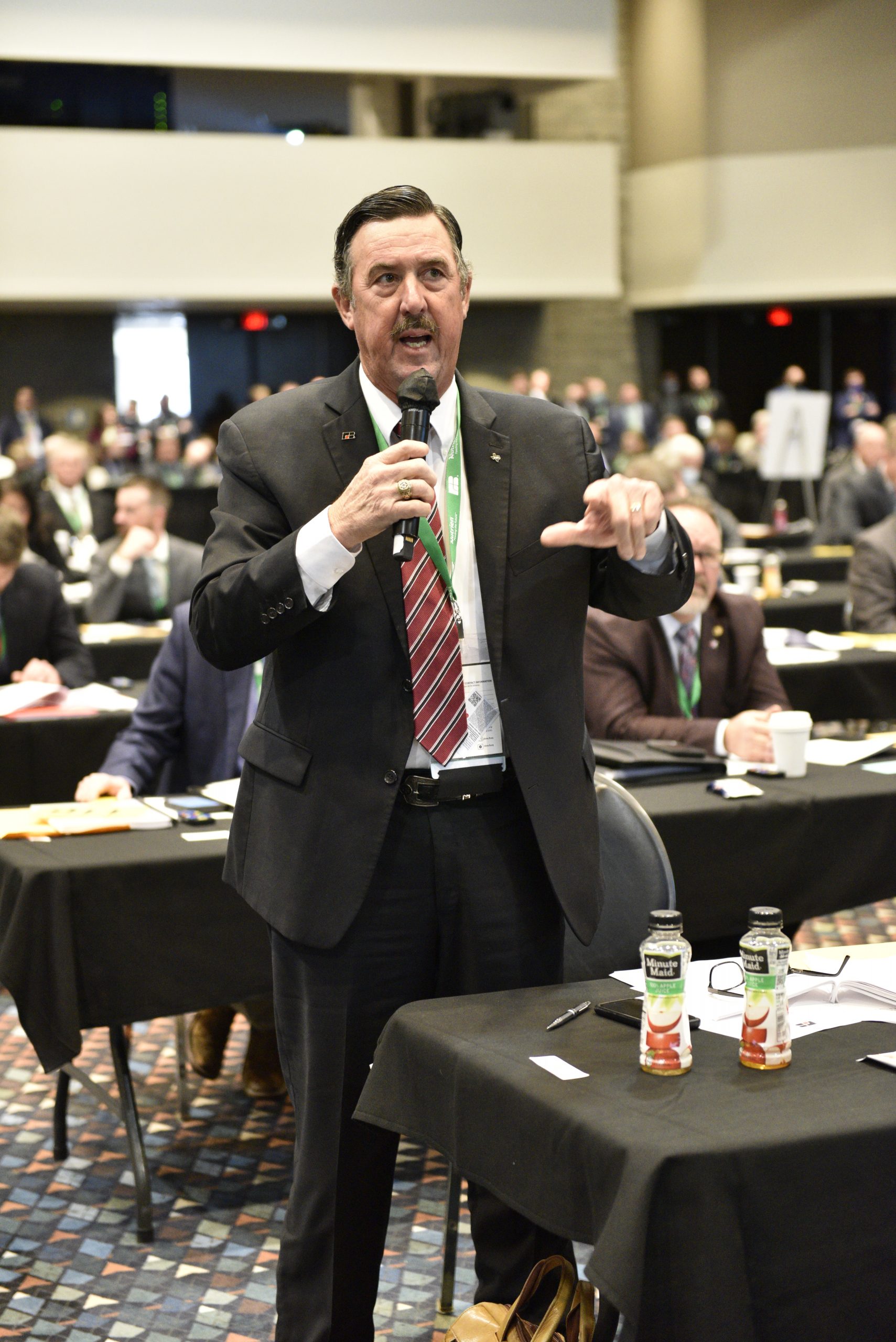 Texas Farm Bureau President Russell Boening stressed that when government mandates tell someone how they can buy cattle, that in turn mandates how ranchers can sell their cattle. 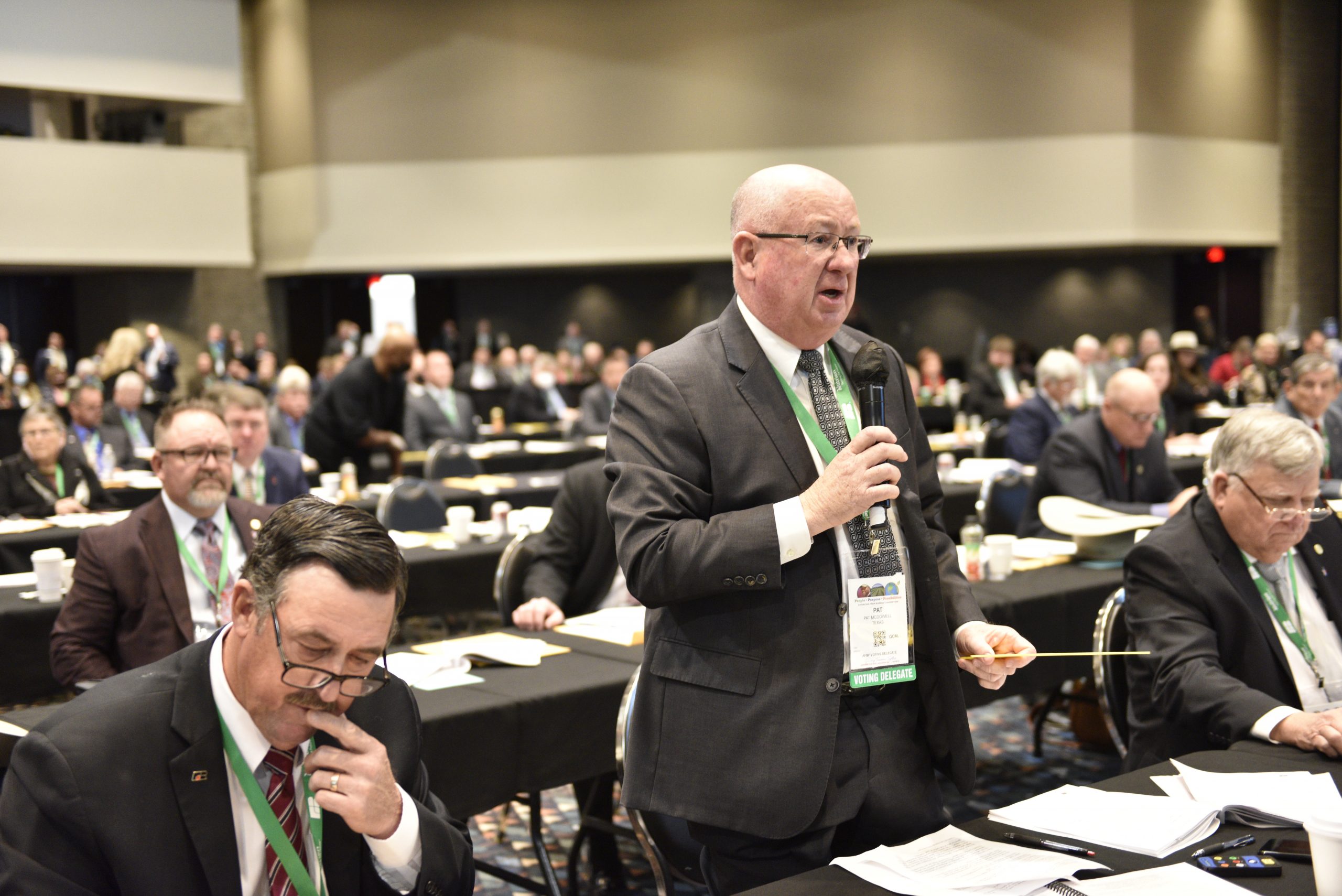