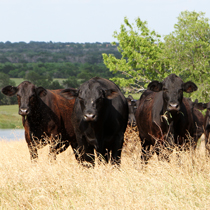 (SAN DIEGO, CA.)—Texas delegates at the American Farm Bureau Federation policy session led an effort to firmly establish that cattle producers should drive decisions on the future of the beef checkoff and its marketing and research programs.

The overwhelming vote came in the wake of efforts by the secretary of agriculture to collect an additional dollar on top of the existing dollar approved by ranchers in a 1986 referendum. Texas delegates were concerned that this approach did not provide safeguards for producer control of the program.

TFB President Russell Boening, leading the Texas delegation for the first time, said, "Farm Bureau has always believed in producer control of these programs. We just had a successful referendum in Texas for a state program."

Secretary of Agriculture Tom Vilsack had claimed authority under a 1996 Commodity Promotion, Research and Information Act. The AFBF delegates in San Diego rejected that.