In her role at the San Antonio Express-News, Brezosky covered agriculture, commodities, renewable energy and trade.

Bexar County Farm Bureau (CFB) nominated her for the award in the market of more than 50,000 in population.

Brezosky was at the Express-News for 12 years, during which time she tirelessly covered Texas agriculture. She worked closely with Bexar CFB to present issues from a balanced perspective.

“She is in touch with Farm Bureau on a regular basis and is fair in her reporting practices,” the nomination form said.

Brezosky was the Rio Grande Valley correspondent for The Associated Press prior to her employment at Hearst, the owner of the Express-News. She is currently pursuing a graduate degree via the University of Illinois at Urbana Champaign. 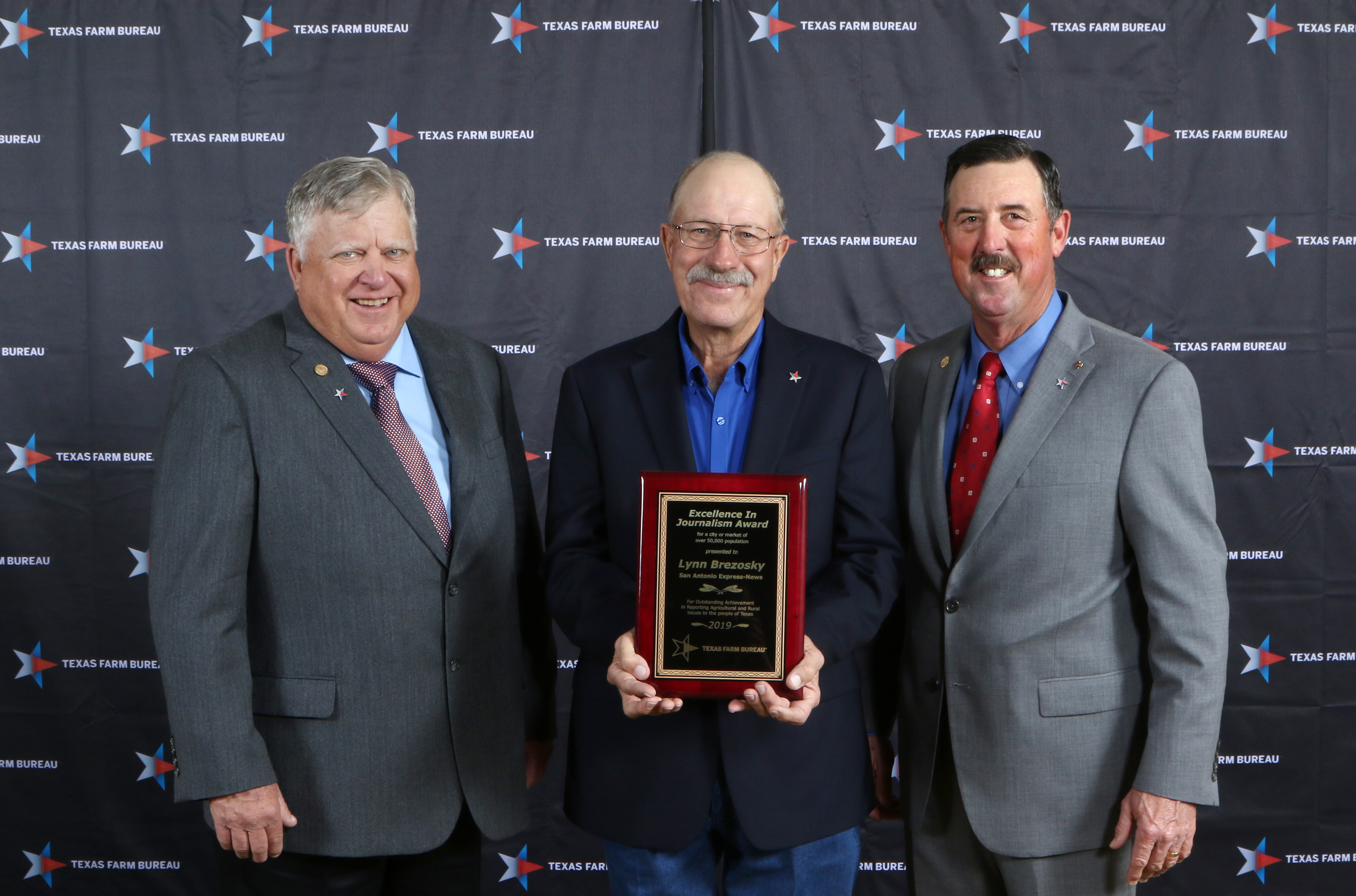 For her coverage of agriculture, Lynn Brezosky received the 2019 Excellence in Journalism from Texas Farm Bureau. Wayne Hoffrichter, president of Bexar County Farm Bureau who nominated Brezosky for the honor, accepted the award on her behalf.