The Goldthwaite Eagle is a weekly paper with print and online subscriptions covering Goldthwaite and the surrounding area. The Mills County Farm Bureau board of directors nominated Bridges for the award in the category market of under 50,000 in population.

“Mills County is a rural part of Texas that is defined by its outdoors, its natural resources and its agriculture,” the nomination stated. “Steven Bridges is experienced in each of those areas, and his articles prove his knowledge and abilities.”

The nominating county also noted Bridges’ commitment to include at least one—and oftentimes two—full page of agricultural articles and information in the newspaper.

“He not only reports the nostalgia of years past, but of the current events facing our farmers and ranchers and also upcoming laws and regulations…” the nomination also stated. 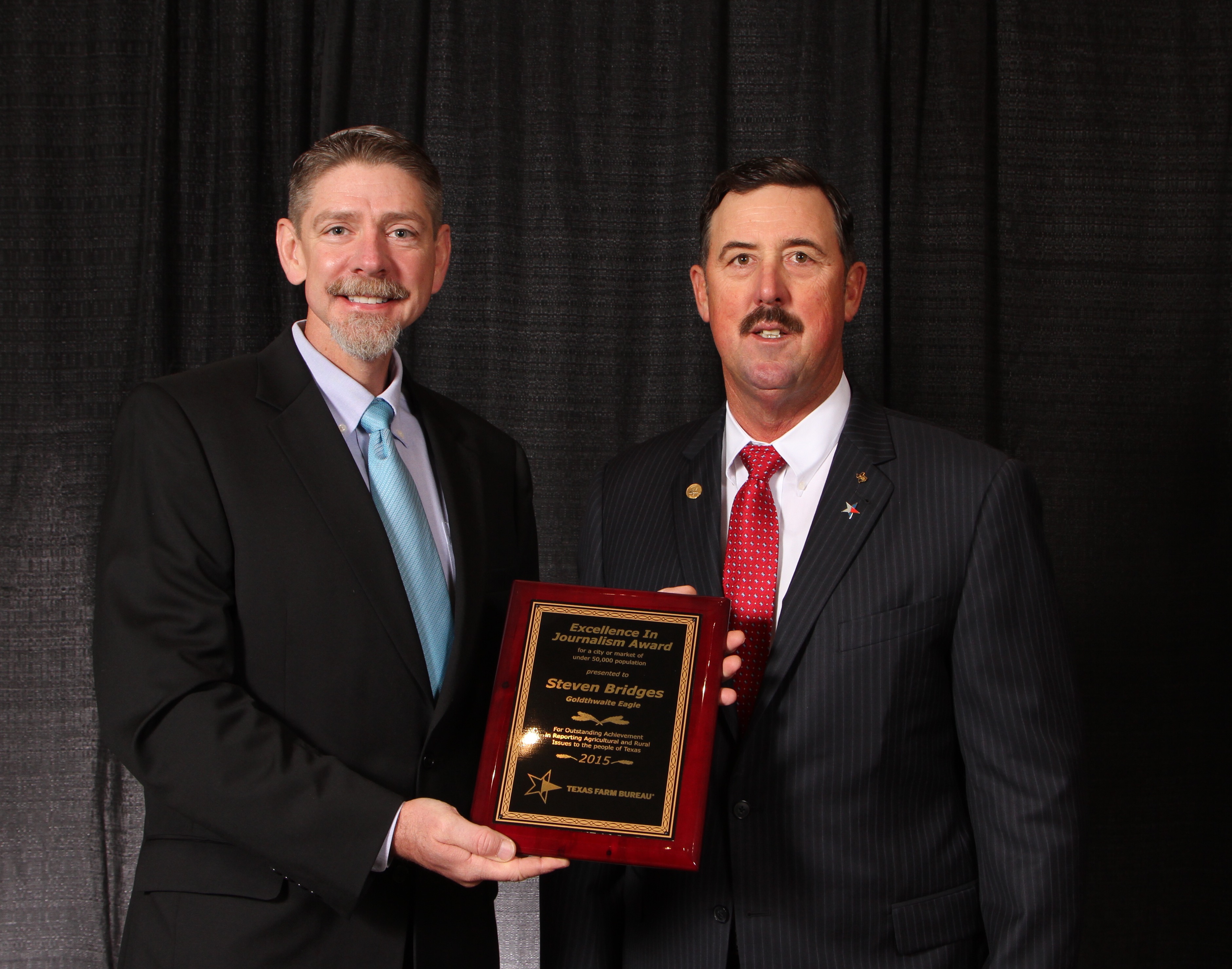