Floyd-Briscoe County Farm Bureau (CFB) nominated Fincher for the award in the category market of less than 50,000 in population.

Floyd-Briscoe CFB nominated Fincher because of her diligence in covering agriculture from every angle. She has spent countless hours visiting area farmers, driving to ranches, attending county stock shows and promoting agriculture to a population that has become increasingly removed from farming and ranching.

“With a passion for her county’s roots in agriculture, she has pursued every opportunity to bring farmers and ranchers current news and to share issues in agriculture with a wider audience,” the CFB’s nomination letter said. “Through features and breaking news, Mrs. Fincher brought agriculture into the forefront of Floyd County’s daily conversations.”

Fincher grew up in Floyd County, where her family had been involved in farming and ranching. She cites being a 10-year-old reporter for her 4-H club as the inspiration for her lifelong love of journalism.

After moving away for some time, Fincher returned to Floyd County in 2017, when she took over as editor at the Beacon. She is now editor-in-chief at the Floyd County Record, an online news organization. 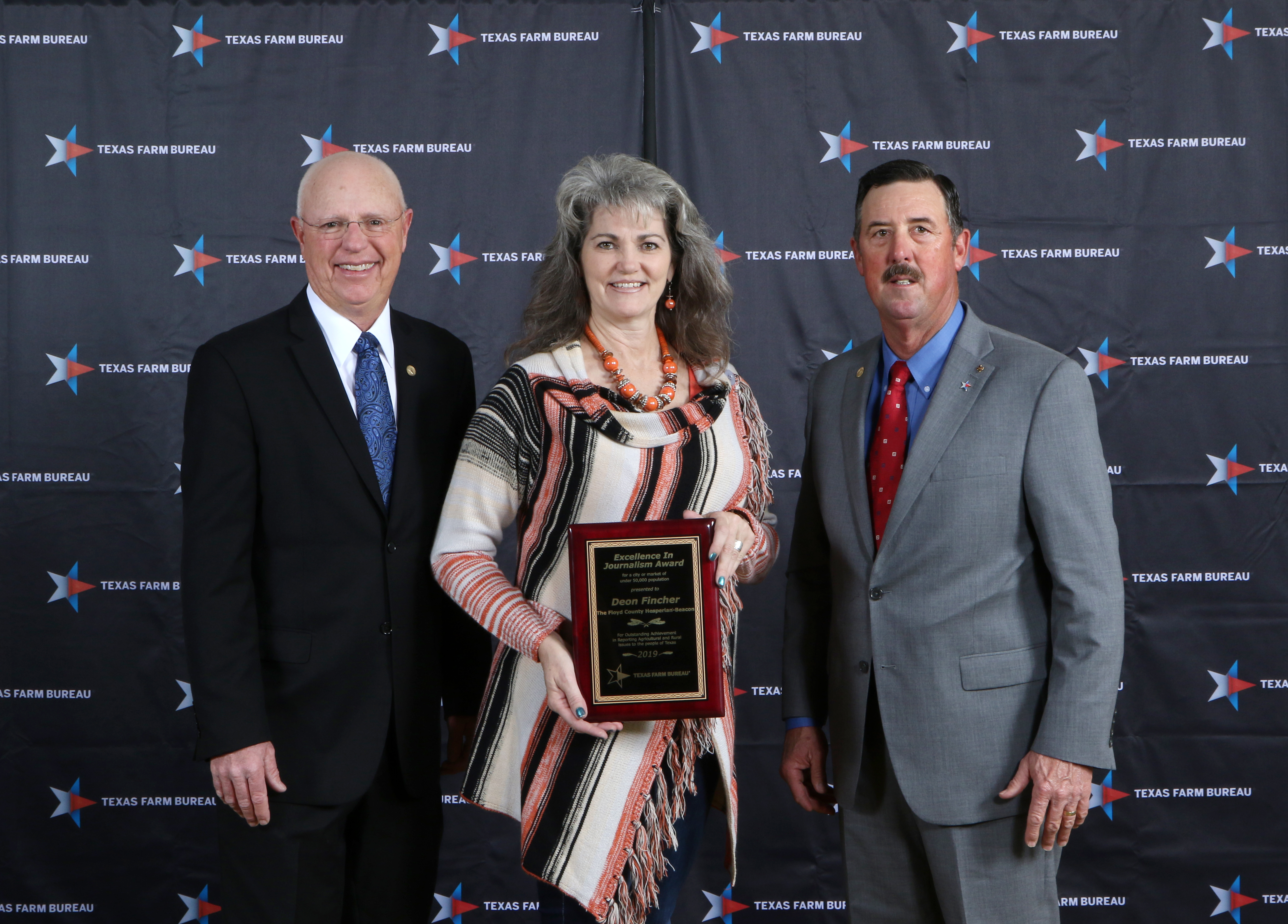 Deon Fincher, former editor of the Floyd County Hesperian-Beacon, received the 2019 Excellence in Journalism award for her coverage of agriculture from Texas Farm Bureau. She accepted the award during the organization’s 86th annual meeting in San Antonio.