Terry County Farm Bureau (CFB) nominated Kelly for the award in the category market of less than 50,000 in population.

Kelly was nominated by Terry CFB due to her diligence and dedication in promoting their activities and because of her longtime support of farmers and ranchers. As the managing editor at Brownfield News, Kelly keeps residents up-to-date on issues related to agriculture.

“Gina helps us with anything we ask of her,” Terry CFB Vice President Mason Becker said. “She is at every ag event, covering all the issues. She knows how important ag is to our county. Not many small communities have as great of an advocate for agriculture as Terry County does in Gina Kelly.”

Kelly’s journalism career began as a columnist at Brownfield News but evolved into a more permanent position after her husband, a farmer, was killed in an accident. She said the experience led her to actively share agriculture’s stories with the public. 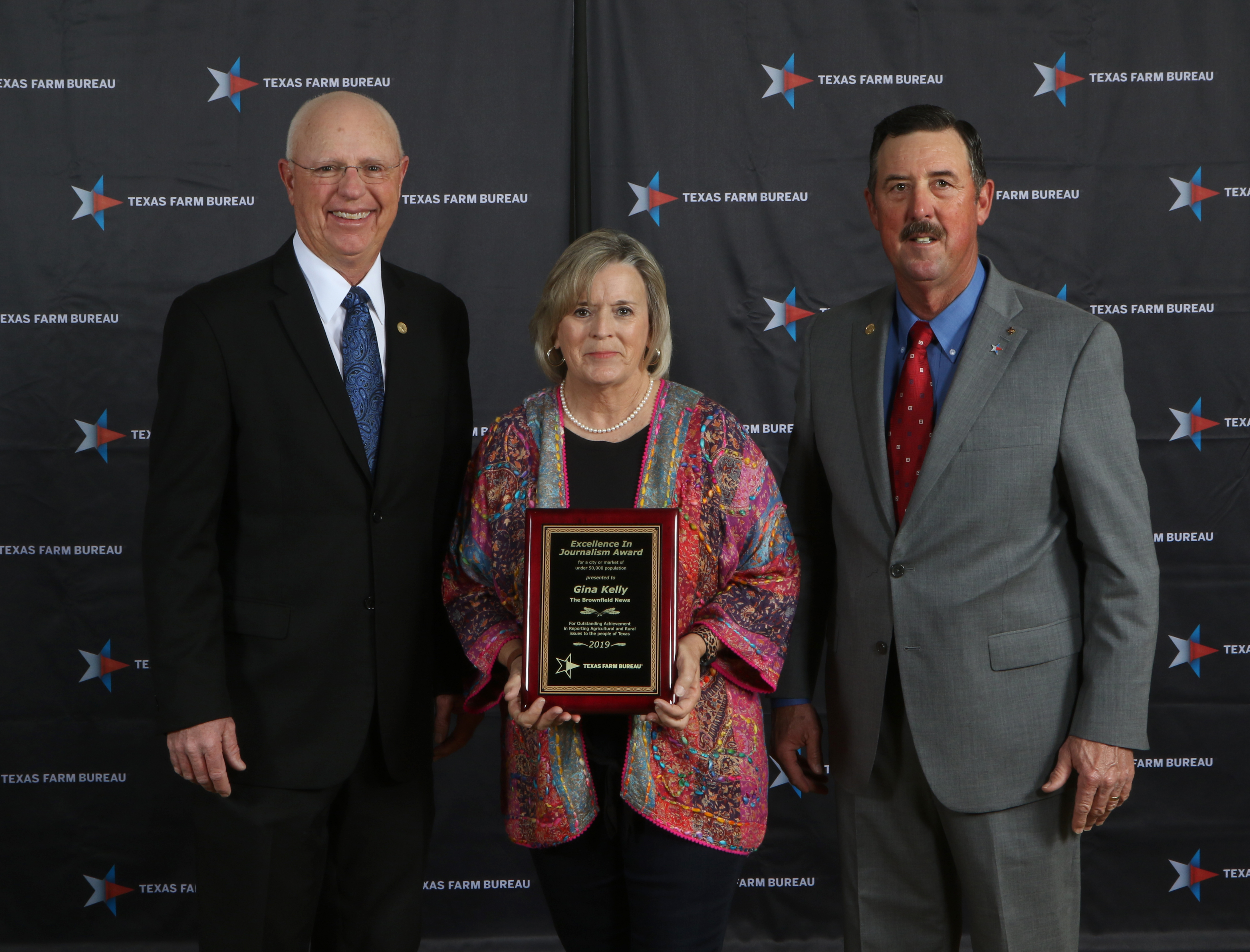 Gina Kelly, managing editor of the Brownfield News, received the 2019 Excellence in Journalism award for her coverage of agriculture from Texas Farm Bureau. She accepted the award during the organization’s 86th annual meeting in San Antonio.