KTRE covers local and national news in the southern part of the Lufkin-Nacogdoches and Tyler-Longview area. The Nacogdoches County Farm Bureau (CFB) board of directors nominated McCollum for the award in the category market of over 50,000 in population.

“Donna McCollum is the woman you see running around town and country in a KTRE-TV vehicle headed to a story to tell,” the nomination added. “It’s the stories that take her to rural East Texas that she enjoys the most.” 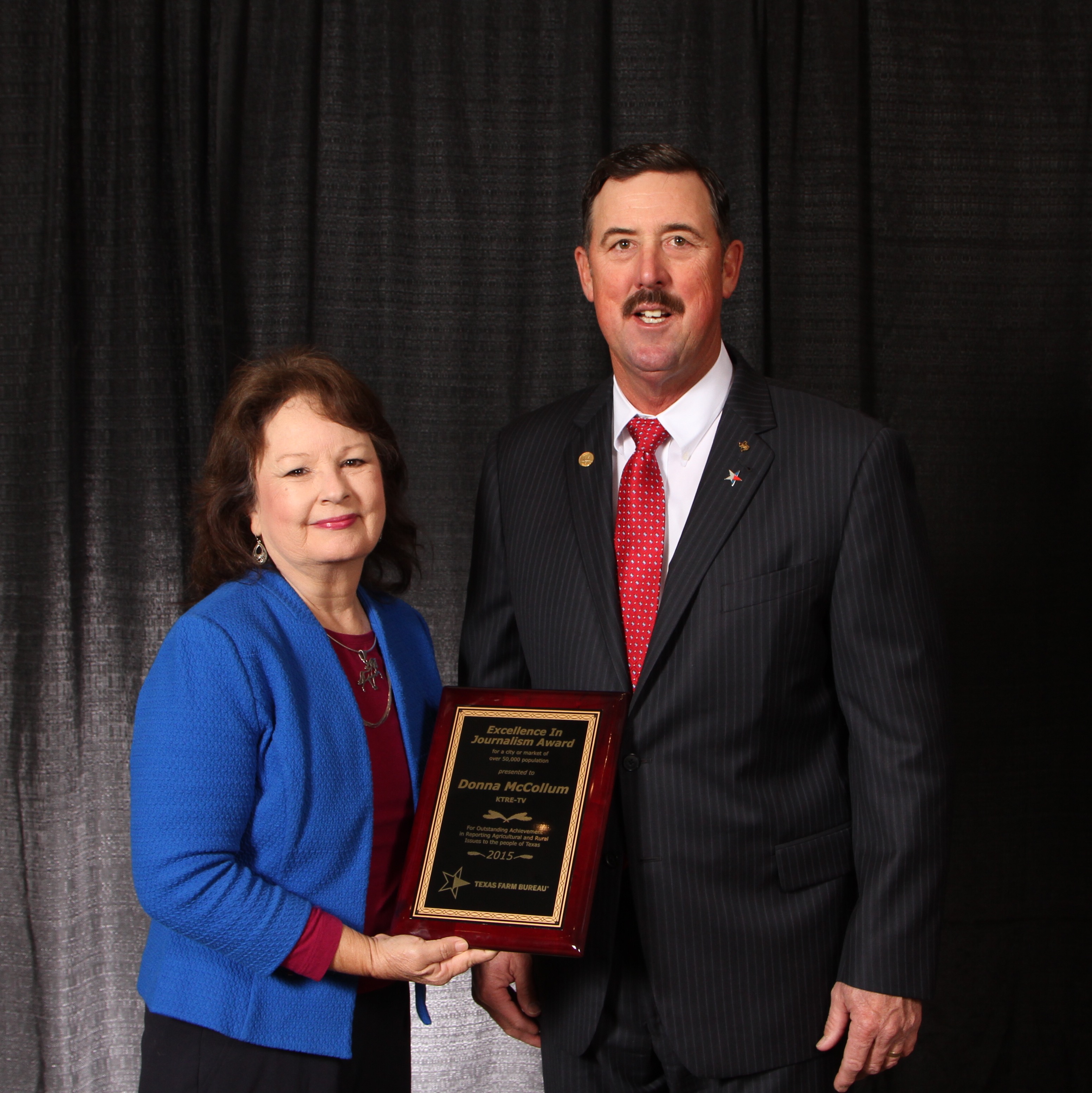