“Mr. Ramirez has been nominated for his continuous support over the years in working with the producers and families of the local farming communities with updates in the news on current progress in agricultural issues, seasons, projects and activities,” the nomination stated.

As the metro editor, Ramirez has worked with farmers and ranchers in both counties to cover agricultural stories important to local and state economies.

The nominating counties also highlighted Ramirez’s management of the coverage of the Nueces County Junior Livestock Show in January. 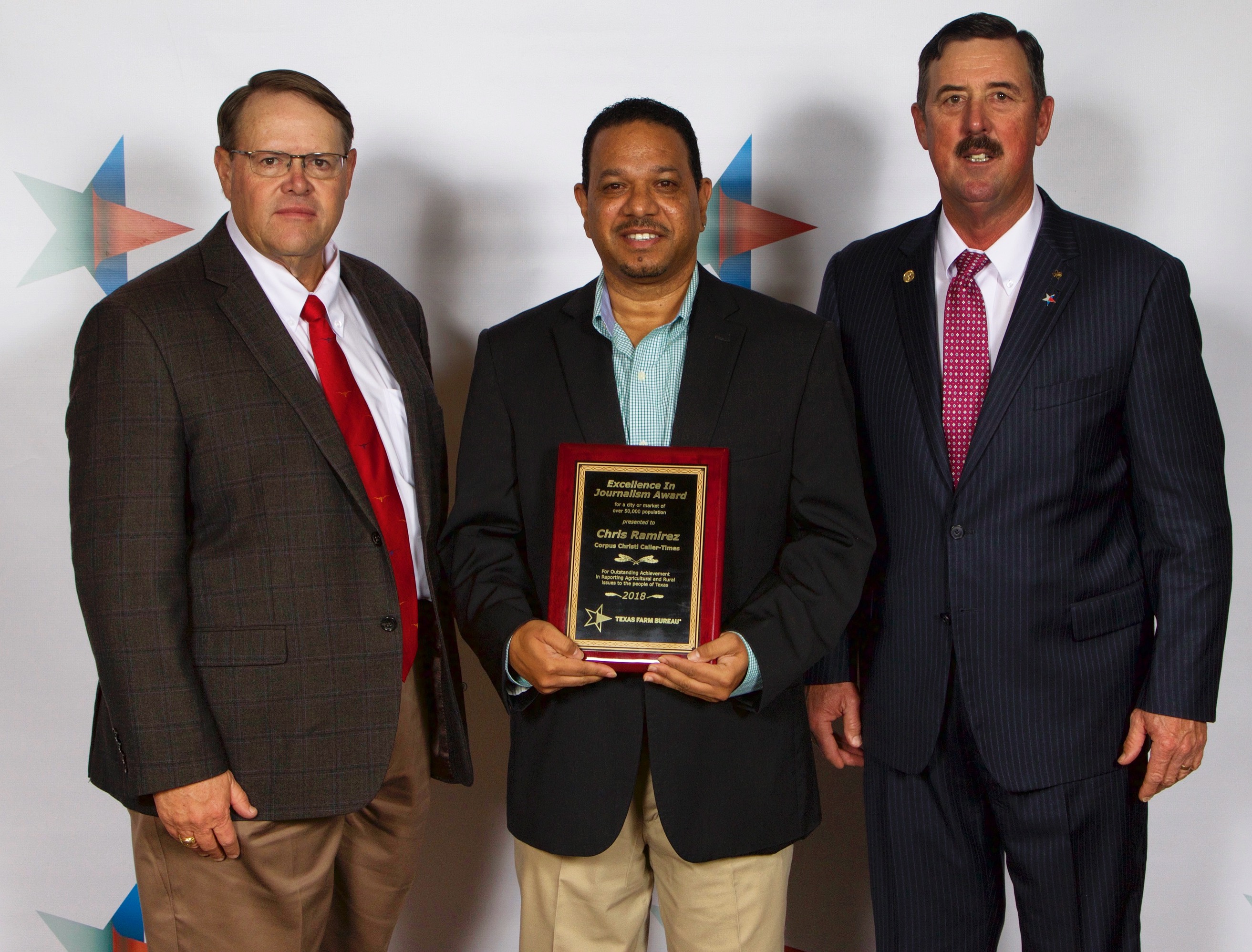 For his coverage of agriculture, Chris Ramirez received the 2018 Excellence in Journalism award today at Texas Farm Bureau’s 85th annual meeting in Corpus Christi. Ramirez is the metro editor for the Corpus Christi Caller-Times.