“Texas farmers and ranchers, in 1933, created the foundation of a new farm organization,” Dierschke said. “Generations of farm and ranch families have been building Texas Farm Bureau on that foundation ever since.”

During his address to members of TFB’s delegate assembly, Dierschke noted that both citizens and legislators must work together and find solutions to our nation’s biggest challenges, including immigration reform, over-regulation and the pending farm bill.

“Agriculture needs a farm bill. We can’t get there without compromise. We, as farmers and ranchers, have already offered a lot of compromise,” he said. “Agriculture must have a safety net. There’s too much risk to farm without it.”

The state legislature also will have difficult decisions to make when they reconvene in Austin next year.

“The 83rd legislative session will be a tough. Texas is still cash-strapped in a tough economy,” Dierschke continued. “We know what it’s like to make tough decisions with available resources. We will offer them our encouragement to make tough choices and support them when they do so.”

He noted that state leaders will need to balance lower taxes with necessary spending, as well as fund and implement the state water plan to meet the needs of a growing population.

“We have to trust our friends in the Legislature to work through these difficult times,” Dierschke reminded the delegates.

The president applauded TFB members for another successful year and encouraged them to continue to contribute to the future of their communities, state and nation.

“Farmers and ranchers want to be among the ‘carpenters’ that build a new future for America,” Dierschke said. “It’s not a time to tear down. It’s a time to build.” 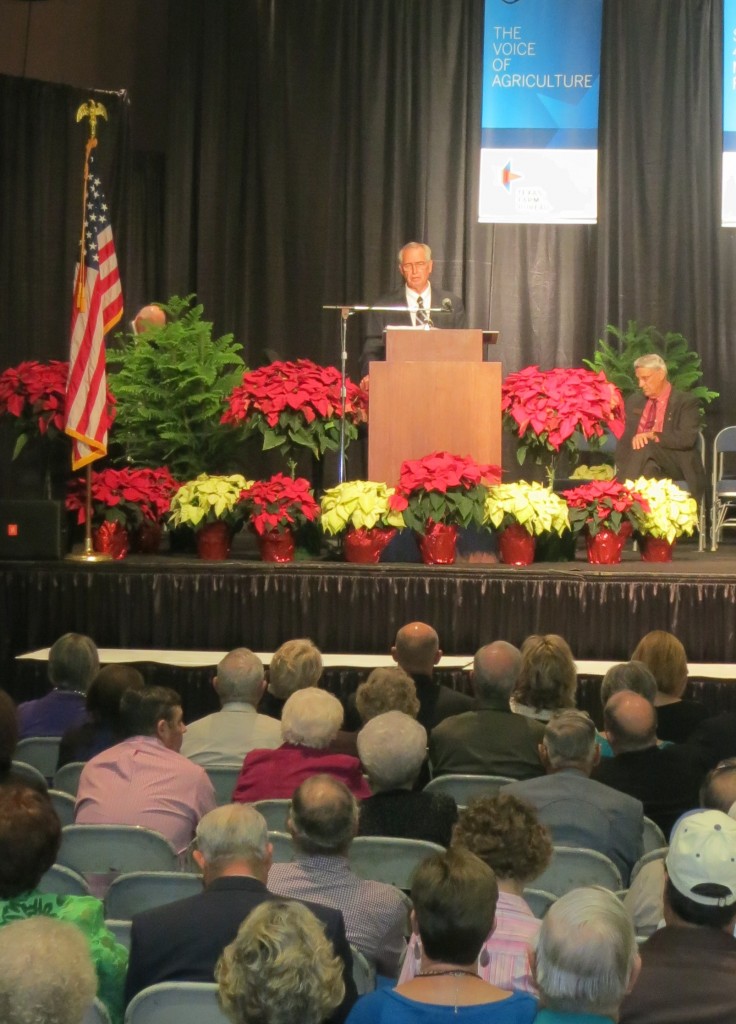 Texas Farm Bureau (TFB) President Kenneth Dierschke called for members to come together and encourage a spirit of rebuilding across the nation during his annual address today at the 79th TFB Annual Meeting in Waco.