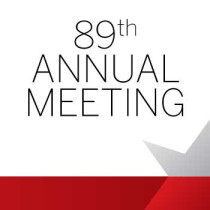 Each year, superior agricultural journalism is recognized by the largest general farm and ranch organization in Texas. This year, two awards were given in Excellence in Journalism for markets less than 50,000.

“This year, farmers and ranchers have faced prolonged drought conditions, inflation and supply chain issues. These trending topics have kept agriculture in the news,” TFB President Russell Boening said. “We are proud of the efforts of reporters, broadcasters and editors who continuously strive to tell the story of Texas agriculture, farmers and ranchers throughout the year.”

Skiles was nominated by Dawson County Farm Bureau for his coverage of local and state agricultural news.

“Russell joined the local paper in the ’70s and has been a leading advocate for all of agriculture in Dawson County since,” Val Stephens, Dawson County Farm Bureau president, said in the nomination form. “Russel works to share news related to agriculture from across the state and Washington D.C.”

Wilson County Farm Bureau nominated Kilbey-Smith for the award. She has covered youth activities and Farm Bureau, as well as highlighted agricultural issues that farmers and ranchers face.

“Nannette has highlighted many of the agricultural issues our grassroots organization is trying to put before our state and national legislators and keep both our membership and the public updated. We thank her for all she does and look forward to being able to continue working with her in helping promote and protect agriculture,” Wilson County Farm Bureau said in the nomination form.

89th Annual Meeting
For more information on TFB and other recognitions highlighted during the annual meeting, visit, texasfarmbureau.org/annualmeeting.