(NEW ORLEANS, Louisiana)—Food labeling, trade and rural broadband access were among the resolutions discussed and approved by farmers and ranchers from across the nation during the American Farm Bureau Federation’s 100th Annual Convention & IDEAg Trade Show in New Orleans, Louisiana.

“This policy process is a true grassroots effort,” Texas Farm Bureau (TFB) President Russell Boening said. “Farmers and ranchers from across the nation come together to discuss the issues facing agriculture and propose possible solutions.”

TFB delegates helped chart the course for the national organization through the policy session.

“We want to call it what it is,” Boening said. “Meat has historically been a product of the flesh of the animal. That’s what we want to point out. Stuff that’s produced in a lab should be labeled that way and not as meat.”

Cell-cultured protein should not be labeled as meat, and no mixture of cell-cultured and meat from a live animal—livestock, poultry, fish and wildlife—should be labeled or marketed as “meat,” according to the delegates.

Delegates addressed that need and voted to favor negotiations to resolve trade disputes, rather than the use of tariffs or withdrawal from agreements. They also voted to support the United States’ entry into the Comprehensive and Progressive Agreement for Trans-Pacific Partnership.

“There’s a lot of opportunity for agriculture when it comes to trade,” Boening said. “There are many new markets for U.S. agriculture to enter.”

“We have to get USMCA through Congress this year,” he said. “I think our Texas delegation will be overwhelmingly supportive, and I’m hopeful Congress will ratify the agreement.”

In addition, delegates urged the administration and Congress to work together to end the government shutdown.

“We, as delegates representing the voice of agriculture, encourage all parties to come together and work together to end this government shutdown, as soon as possible,” Boening said.

Because of the shutdown, farmers and ranchers do not have access to aid and support from government agencies, particularly the Farm Service Agency.

Farmers also do not have data from the U.S. Department of Agriculture (USDA) that is critical for Texas farmers make planting decisions and especially as South Texas farmers will begin planting next month.

“It affects local USDA offices, and farmers who need to sign up for new programs or secure loans,” Boening said.

The impasse has also delayed implementation of important provisions of the 2018 Farm Bill.

In other business, Boening, who farms and ranches in South Texas, was re-elected to his third term on the AFBF board of directors. He also serves as the chairman of AFBF’s Trade Advisory Committee. 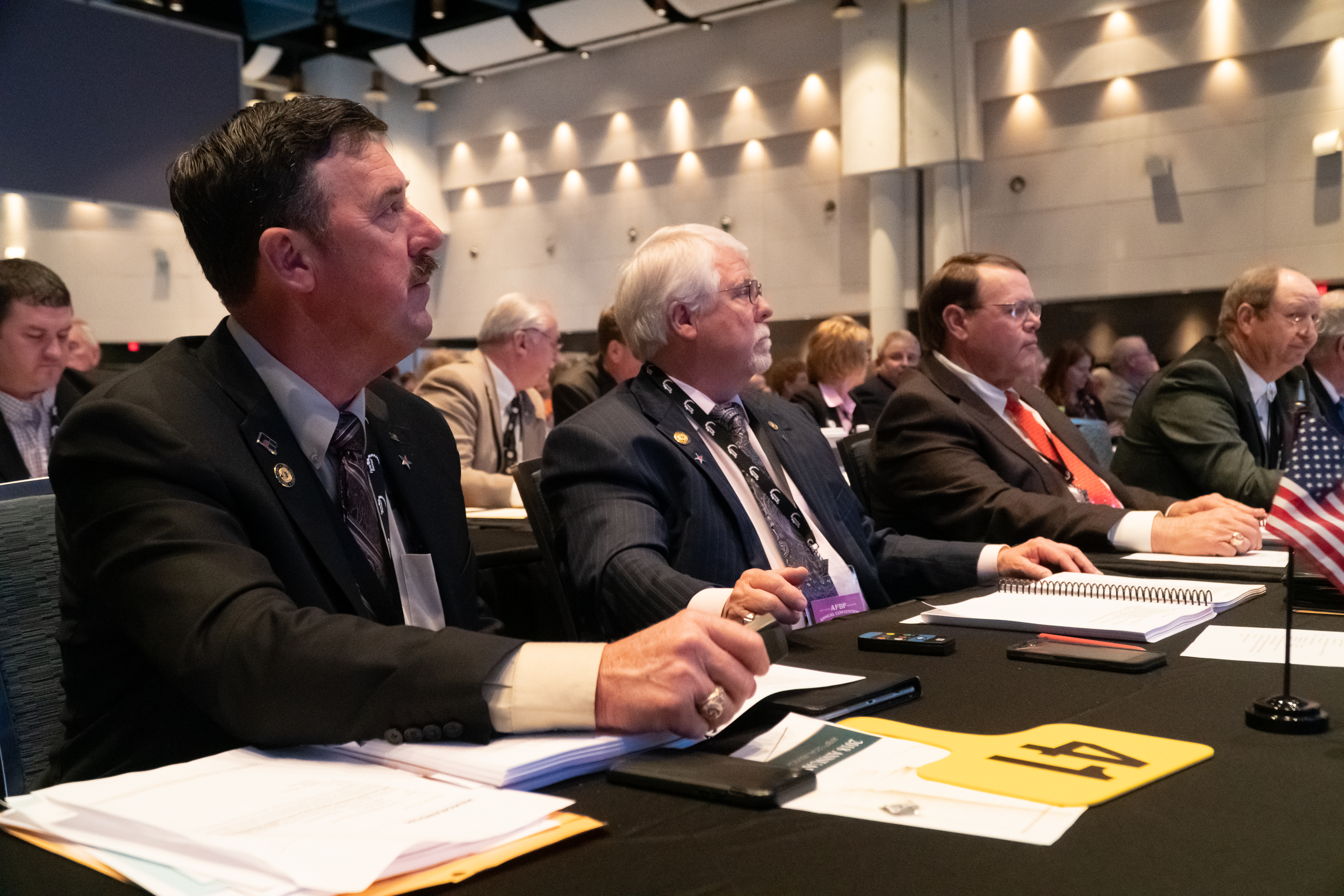