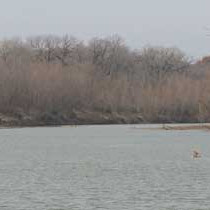 WACO, Texas—Texas Farm Bureau (TFB) is pleased with Dow Chemical’s decision to rescind its priority call on water in the Brazos River Basin, which would have prevented more than 700 farmers from irrigating their crops this spring.

“Dow Chemical’s decision gives farmers more certainty as they prepare for spring planting and allows them to continue with their crops as planned,” said Regan Beck, TFB assistant general counsel for Public Policy. “While this is good news in the short-term, it does not resolve the bigger issue of the Texas Commission on Environmental Quality (TCEQ) ignoring Texas water law of the priority doctrine.”

Last November, TCEQ responded to Dow Chemical’s priority call by suspending the permits of some junior water rights holders, including many in agriculture. However, TCEQ allowed municipalities and power generators to continue pumping, even though the entities had water rights junior to many farmers in the area.

“Texas Farm Bureau and its members, who are property owners and irrigators, recognize that our state’s water resources must be shared. However, we believe in the protection of property rights in surface water and the priority doctrine that has historically governed junior and senior water rights in Texas,” Beck said. “For this reason, we intend to move forward as planned and challenge the rule set forth by TCEQ.”

TFB has filed a lawsuit against the TCEQ for usurping long-established water rights of farmers in the Brazos River Basin in order to prevent similar actions across the state.