The second quarter survey results recorded a total balance of $45.94 for a 16-staple item basket, including produce, meat, grain and dairy products. It’s a one percent decrease from last quarter and a 3.54 percent decrease compared to this time last year.

“It was a small drop in prices, but Texas families have continued to notice savings at the cash register this year,” TFB President Russell Boening said.

Leading the decrease at the meat counter were boneless, skinless chicken breasts, which dropped to $3.14 per pound. That’s down 6.55 percent from $3.36 last quarter. Sirloin steak decreased by 3.97 percent to $6.04 per pound and pork chops fell 2.54 percent to $3.84 per pound.

“The prices for beef, pork and poultry fall into a supply and demand scenario,” Boening said. “A stronger U.S. dollar has affected foreign countries’ buying power, leaving a larger supply in the U.S.”

That, combined with a large supply of milk, is also affecting dairy prices, he noted.

Grain prices are also seeing fluctuations due to global supply and demand. White bread rose to $1.46, up 4.29 percent. Corn flakes rose to $3.21, up 4.90 percent from last quarter.

Shoppers looking for fresh produce paid less for fresh tomatoes and lettuce. Grapefruits, however, showed an 11-cent increase to 91 cents per pound, due in large part to the end of the production season.

The TFB Grocery Price Watch is conducted quarterly by shoppers strategically located across the state of Texas. The current survey data was collected by 42 shoppers from June 2-9, 2016. TFB has monitored Texas food prices through its Grocery Price Watch survey since March 2009. 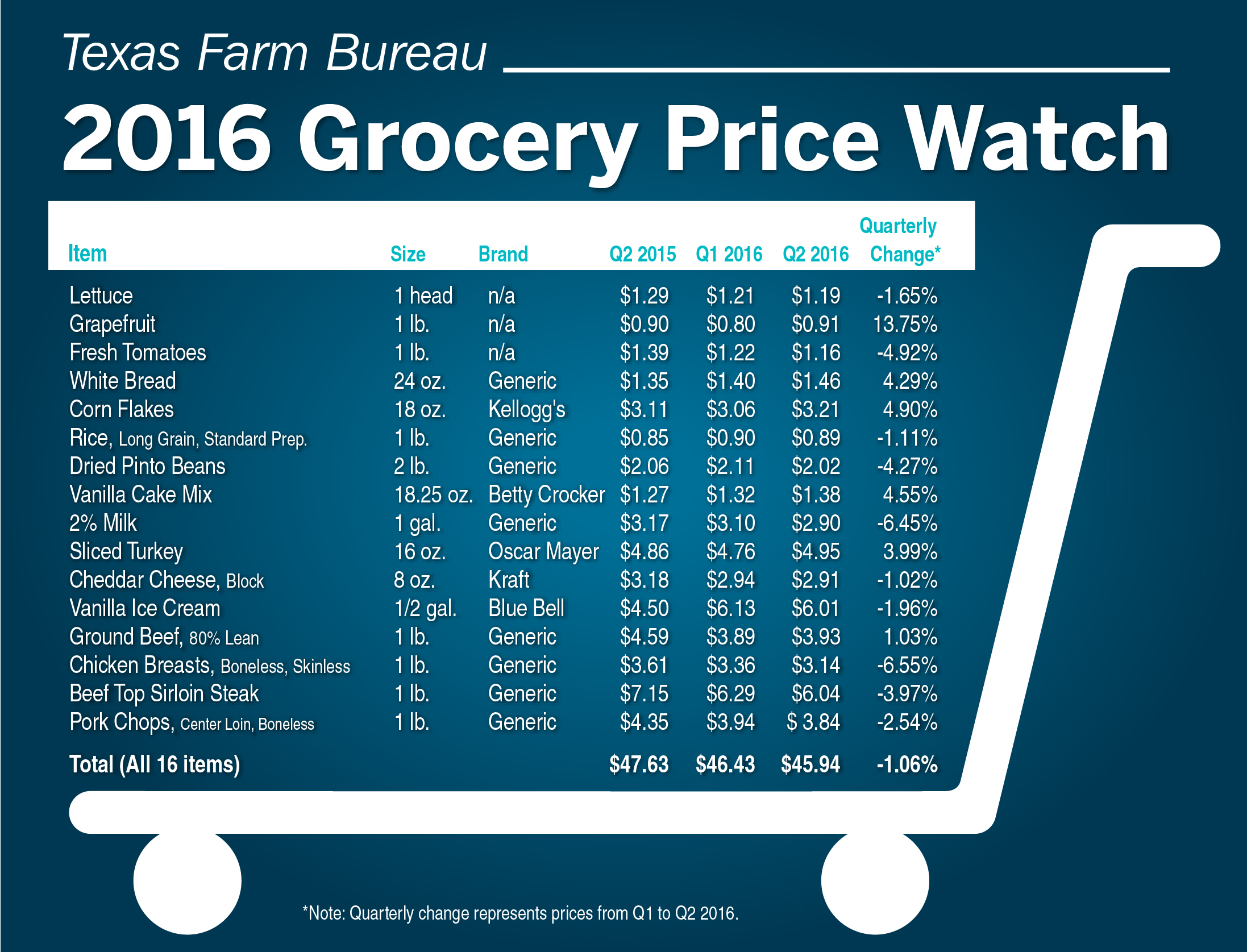