Retail food prices showed slight decreases during the third quarter, with a basket of 16 staple items at the grocery store totaling $45.78, according to the latest Texas Farm Bureau (TFB) Grocery Price Watch survey.

Third quarter prices rang in at 16 cents less than last quarter and $1.71 compared to this time last year.

Texas food prices, according to TFB’s survey, have been on the decline for a year.

“We have a large supply of several food items, which leads to the decreases we’re seeing at the grocery store,” TFB President Russell Boening said. “Many of the items in the basket fall into a supply and demand scenario.”

“Those prices reflect increased turkey production for this summer, when farmers raised a record number of turkeys,” Boening said. “That production will likely remain high as farmers prepare for the Thanksgiving holiday.”

Other products at the meat counter, however, saw a slight increase.

The increased cost for grapefruit, Boening noted, is due in large part to the end of the production season.

The price of white bread remained the same at $1.46 per loaf.

Among the items that increased were corn flakes and long grain rice. 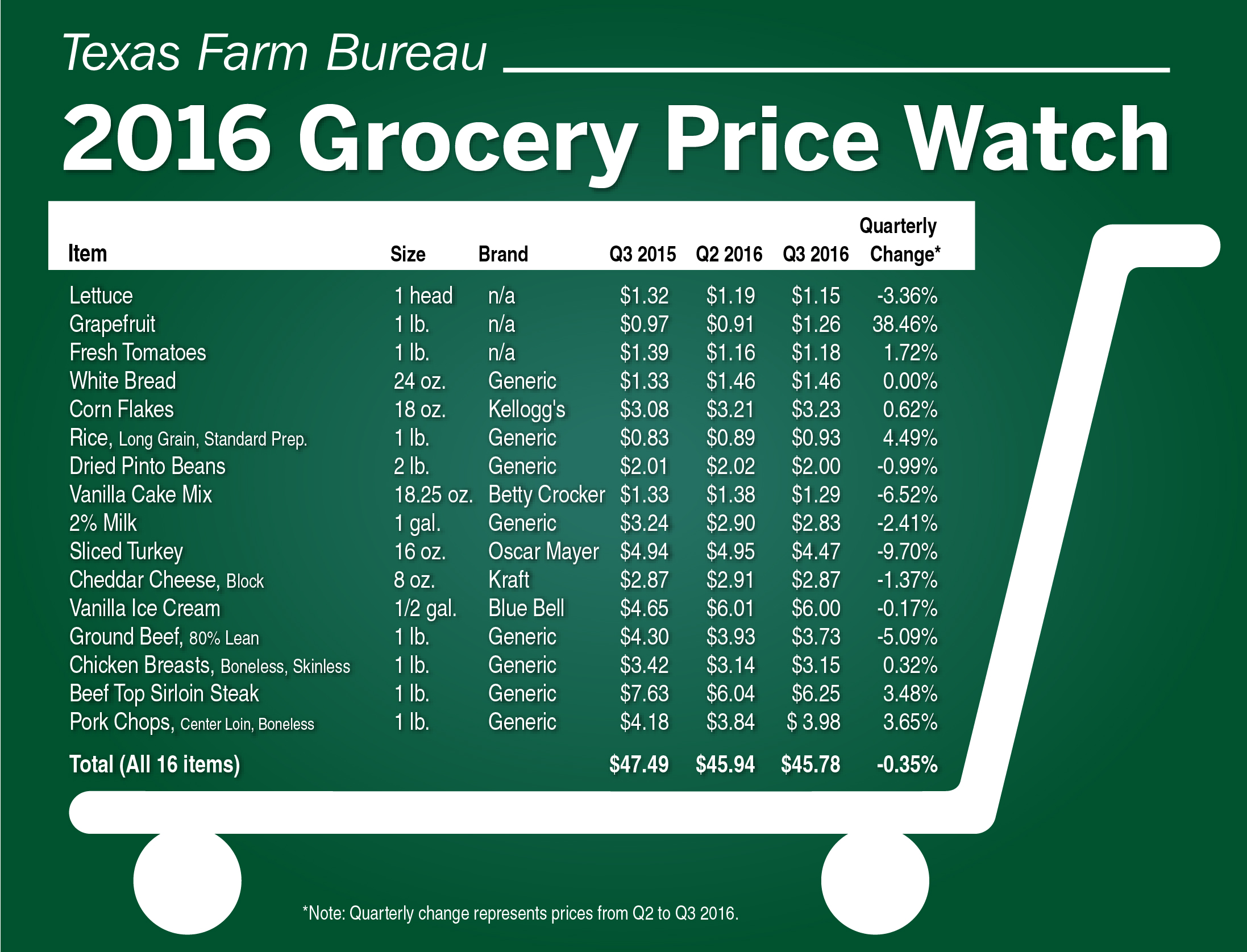