(WACO, Texas)—A trip to the grocery store will leave consumers with more money in their wallet, according to the latest Texas Farm Bureau (TFB) Grocery Price Watch survey.

Third quarter prices for a basket of 16 staple items rang in at $47.49 this year, compared to $49.88 during this time last year. Prices are down 4.8 percent from 2014 and .3 percent from last quarter, survey results show.

Cheaper fuel prices sparked the decline at the grocery store.

“Farmers and ranchers are able to do more for less with cheaper energy costs,” TFB President Russell Boening said.

Leading the decrease at the meat counter is lean ground beef, which fell to $4.30 per pound. That’s down 6.32 percent from $4.59 last quarter.

Beef imports combined with a growing U.S. beef cow herd have helped bring down the price.

“As beef prices dropped, so did prices for chicken and pork,” Boening said.

The survey shows prices for boneless chicken breasts dropping to $3.42 per pound from $3.61 last quarter and pork chops decreasing to $4.18 from $4.35.

But beef sirloin prices did see an increase, rising to $7.63 per pound from $7.15 last quarter. Beef expansion should eventually ease the price pressure at the meat counter.

Sliced turkey also increased in the third quarter, rising to $4.94 per package. Grapefruit rose by seven cents, but the increased cost is due in large part to the end of production season.

“Food budgets are a concern for Texas shoppers,” Boening said. “But large grain harvests and cheaper energy costs for farmers are a great formula for consumers at the grocery store.” 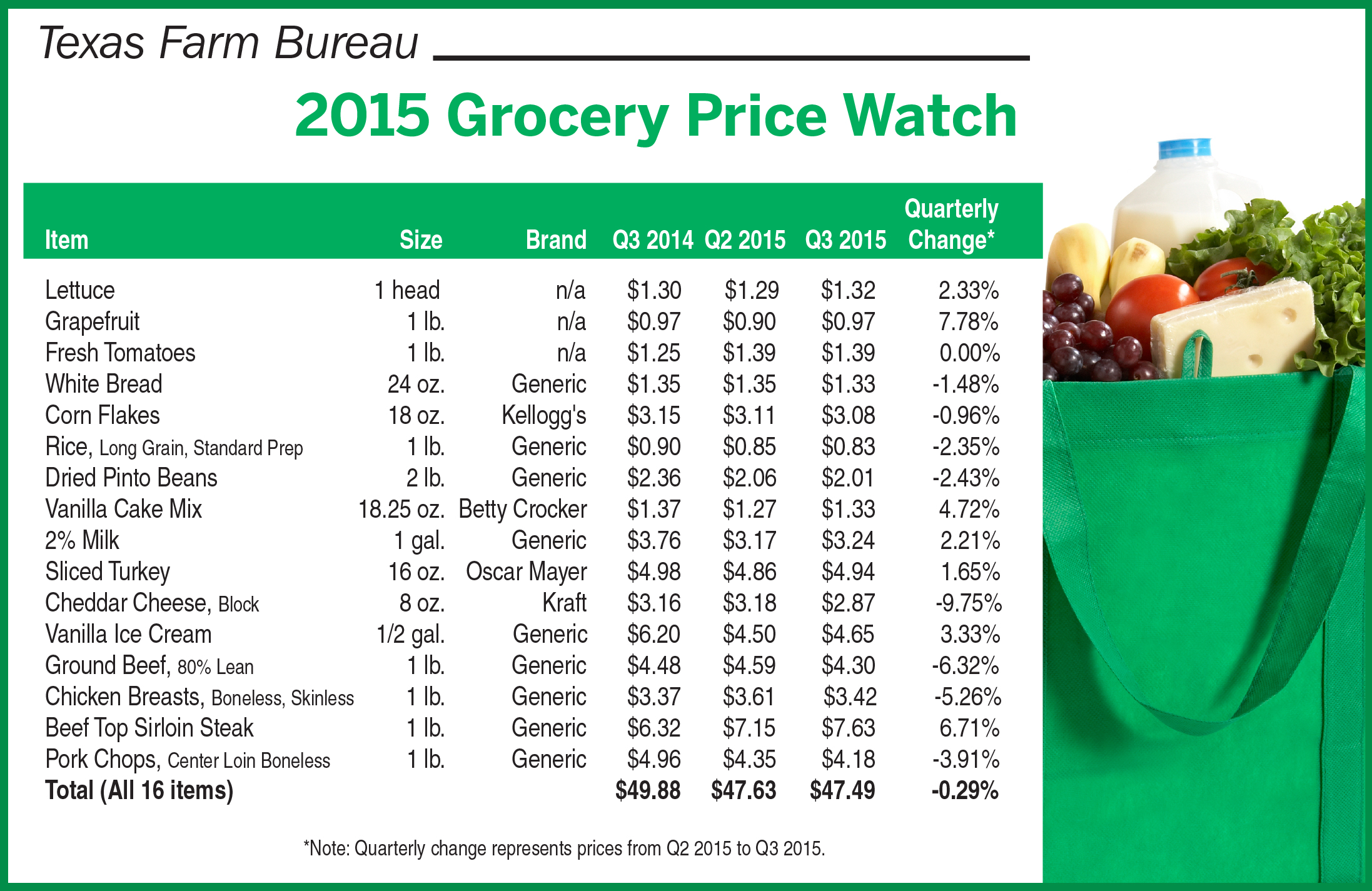