The survey results recorded a total of $46.02 for a 16-staple item basket, including produce, meat, grain and dairy products. It’s a 2 percent increase over last quarter’s prices.

“It was a slight increase for the year. When you compare the grocery prices from both quarters this year, it’s a 90-cent difference,” TFB President Russell Boening said.

Sirloin steak led the increase, up 68 cents to $5.97 per pound. Lean ground beef rose by 27 cents to $3.89 per pound, but the price still remains lower than last year’s second quarter price of $3.93 per pound.

Cattle prices saw an increase during the second quarter, following a low point over the winter. Beef demand is strong and is the primary driver for this increase. The second quarter also showed export strength of U.S. beef with countries across the globe.

Boneless, skinless chicken breasts dropped 6 percent to $3.13 per pound. Sliced turkey also showed a decrease—2.58 percent—ringing up at $4.90 per pound.

Prices for pork chops remained the same—$3.55 per pound.

“That decrease is not surprising. World wheat production is very high, and Texas farmers are seeing some of the lowest wheat prices in years,” Boening said.

Grapefruits showed a 20-cent increase to 99 cents per pound, due in large part to the end of the production season.

“Although there were increases, farmers and ranchers still only see a small portion of the prices that consumers pay at the cash register,” Boening said. “It’s tough in the farm economy right now, and farmers are making the most out of their resources.”

The TFB Grocery Price Watch is conducted quarterly by shoppers strategically located across the state of Texas. The current survey data was collected by 45 shoppers from June 1-8, 2017. TFB has monitored Texas food prices through its Grocery Price Watch survey since March 2009. 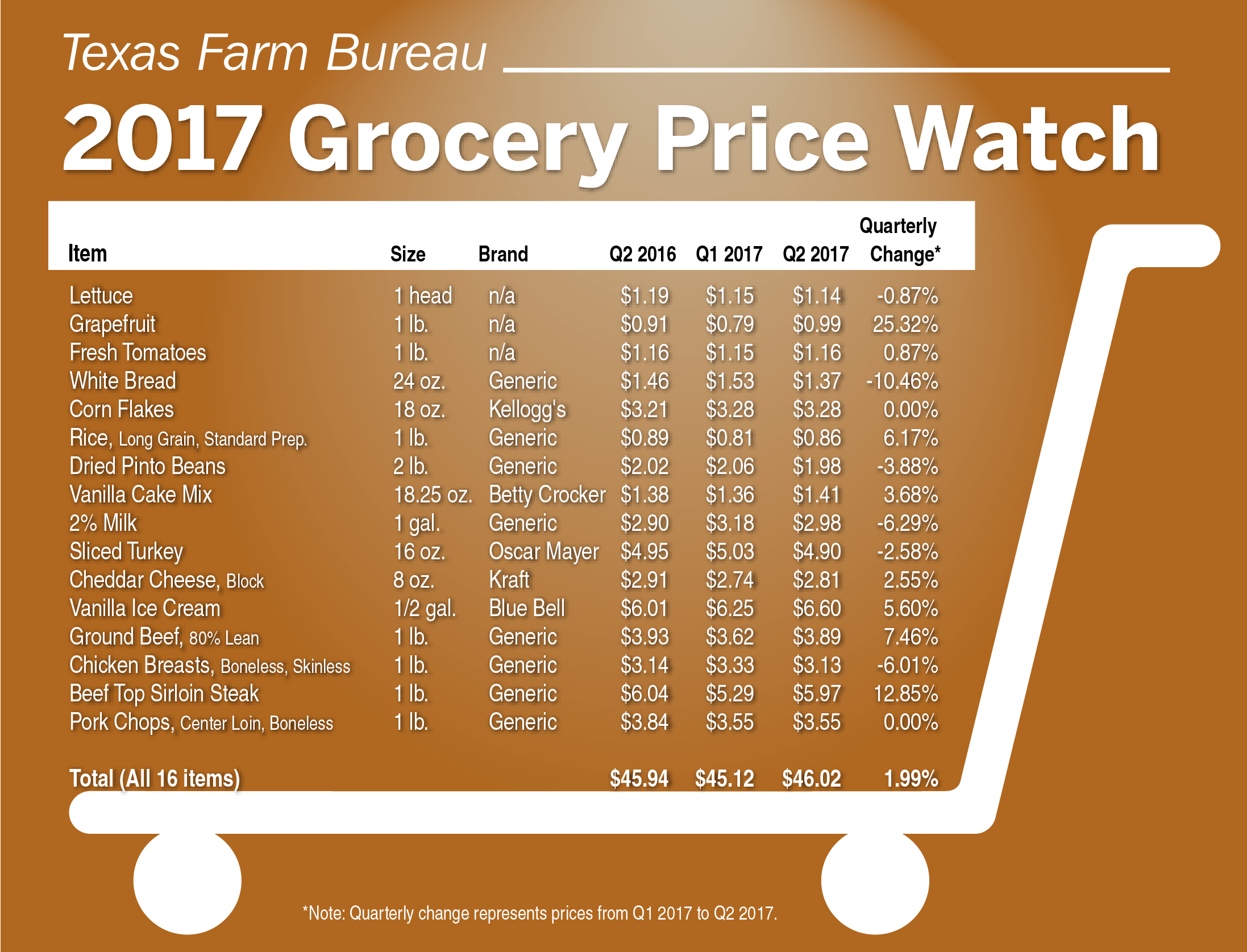