(NASHVILLE, Tenn.)—The right to repair equipment, the farm bill and general farm policy were among policy resolutions discussed and approved today by farmers and ranchers from across the nation during the American Farm Bureau Federation’s 99th Annual Convention & IDEAg Trade Show in Nashville, Tenn.

Texas cotton farmers have support from the national Farm Bureau organization to include cottonseed and/or cotton lint as a Title I commodity in the 2018 Farm Bill. The designation makes the commodity eligible for the Agricultural Risk Coverage and Price Loss Coverage farm programs.

“We submitted national policy language that calls for the inclusion of cotton as a Title I commodity in the 2018 Farm Bill, so cotton farmers have the same risk management tools as other covered commodities,” Texas Farm Bureau President Russell Boening said. “Cotton is a major crop in Texas, and this is an important policy goal for our organization.”

Delegates supported policy that gives farmers an option to select either a program through the farm bill that provides protection against a decline in milk price or a decline in milk margin. It increases the margin level from $4 to $5 and maintains the ability to buy up to $8 margin coverage.

“The Dairy Margin Protection Program isn’t working, and we think this is a better solution,” Boening said.

Texas delegates led the effort to firmly establish that farmers and ranchers have the right to repair their equipment.

The overwhelming vote also supported an exemption to the Digital Millennium Copyright Act for the repair of agricultural vehicles.

“Farmers and ranchers can run into increased costs and time lost while waiting for an equipment dealer to diagnose and fix a problem,” Boening said. “Our work here today shows how important this issue is to farmers and ranchers.”

The policy supports allowing owners and independent repair facilities to have access to the same agricultural equipment diagnostic and repair information made available to the manufacturers, dealers and authorized repair facilities.

Rodents and fire ants are a growing issue. Delegates also adopted a policy supporting the use of insulated wire in equipment or automobiles that is repellent to pests.

Commercial farming and ranching practices are often targeted by non-agricultural groups, and national delegates voted to oppose any program guidelines set to further those entities’ agendas.

A shortage of labor is an issue facing farms and ranches in Texas and across the nation. Delegates supported changes to policy in order to reduce the H-2A waiting period because of lack of local labor interested and to eliminate the newspaper advertising requirement.

The advertising requirement has yielded few job placements, proving to be an expensive and inefficient process.

AFBF delegates supported the negotiation and implementation of a revised Softwood Lumber Agreement. Delegates said the agreement should protect U.S. timber producers from Canadian imports subsidized by their government.

Boening noted the mood, despite the poor farm economy, is positive for agriculture.

“We had a lot of consensus on many issues,” he said. “The farm economy isn’t the best, but our outlook is positive. Our willingness to work together across the country will only help us as we look to another farm bill and face regulatory issues this year.” 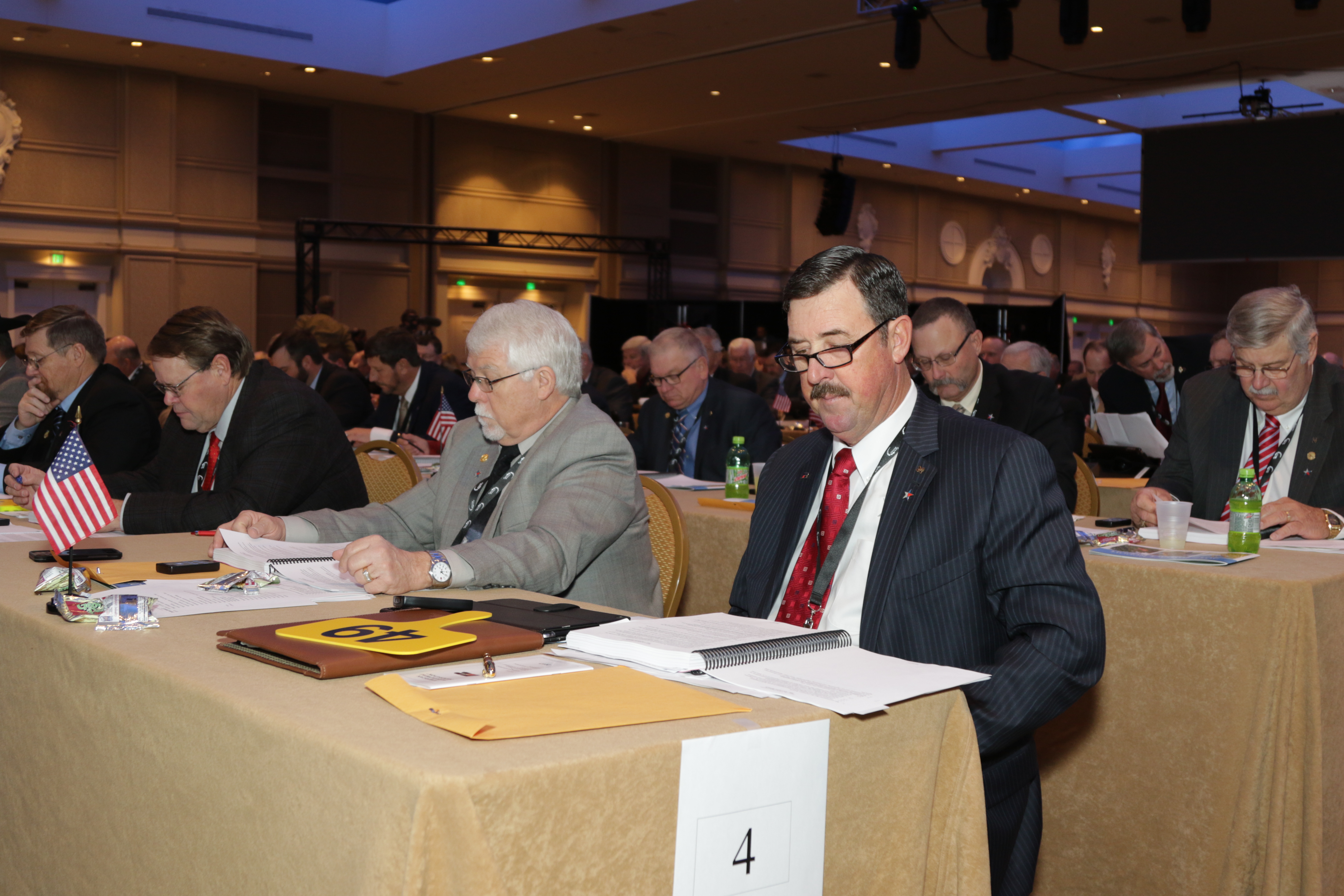 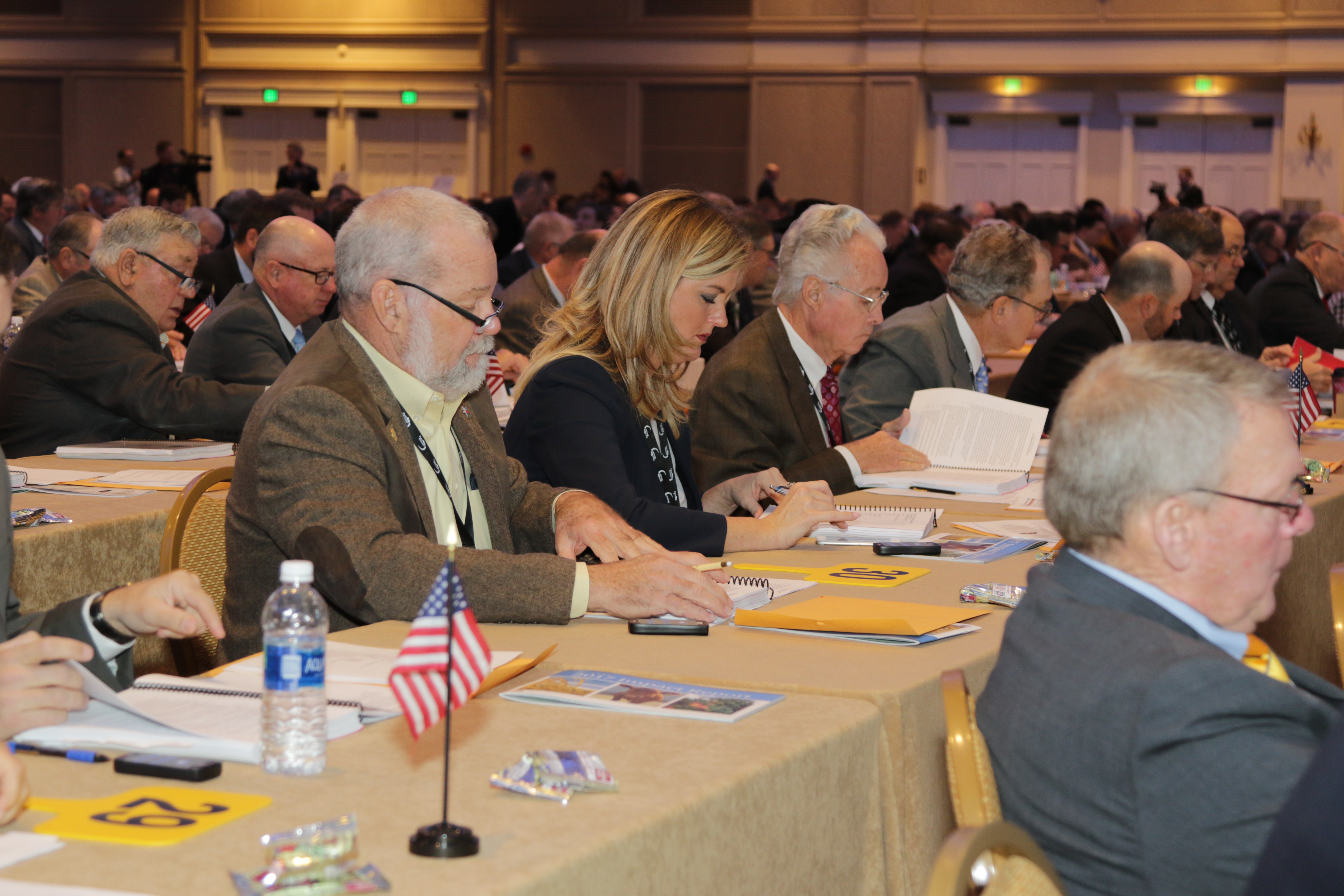 The right to repair equipment and the farm bill were among policy resolutions discussed during the American Farm Bureau Federation's annual meeting in Nashville.