The featured food on most Thanksgiving tables—the turkey—cost slightly less than last year, ringing up at $19.36 for a 16-pound bird. That’s about $1.21 per pound.

Food showing the largest decreases this year, in addition to the turkey, were frozen green beans, $1.42 per package, and pecans, $9.79 per 16 oz. package.

Adding these foods to the Thanksgiving menu increases the overall cost to $75.28.

TFB has released its informal Thanksgiving Meal Report survey since 2009. 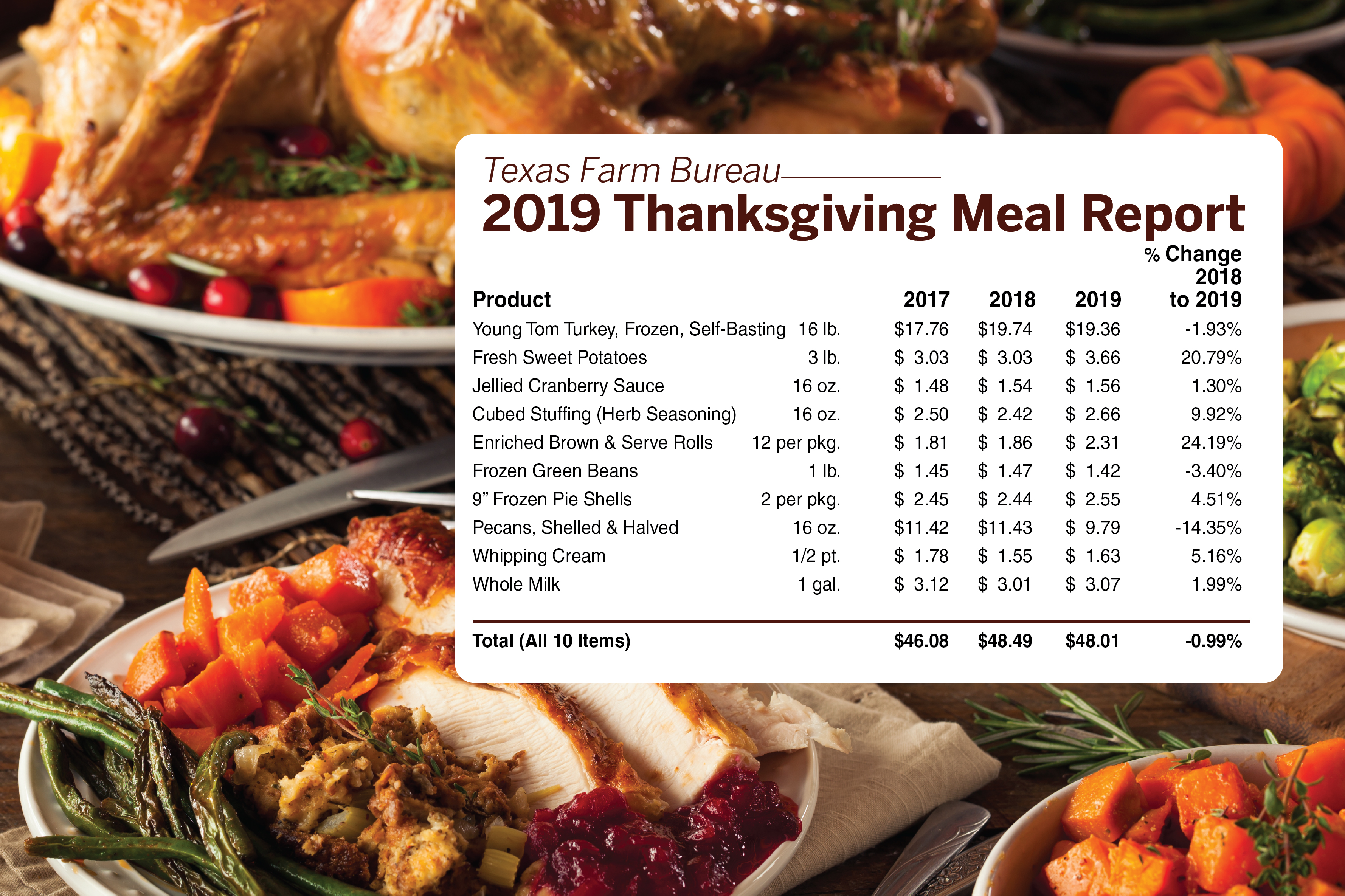