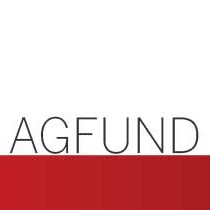 “The election of DeWayne Burns as State Representative will bring a strong and steady conservative voice to Austin,” said TFB and AGFUND President Kenneth Dierschke. “His agricultural background will help bring leadership and direction to the Texas House of Representatives.”

Burns is a property and business investment manager and maintains a large cattle and hay operation southwest of Cleburne with his family. He is also vice president of the Cleburne Independent School Board.

Burns has also worked as a regulatory inspector in a 10-county area that included Johnson and Bosque counties, Burns was the coordinator for Special Issues in the Texas Department of Agriculture’s Intergovernmental Affairs division.

“Johnson and Bosque counties have a rapidly growing urban population mixing with a strong agricultural base and rural values,” Dierschke said. “With his conservative vision and passion for home and family, DeWayne Burns is the right choice for District 58.”