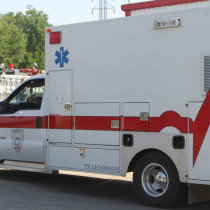 “Throughout Farm Bureau in Texas, our hearts and prayers have been with the citizens of West ever since the tragedy this past April. Immediately following the explosion, Farm Bureau members across the state asked that we put together an effort to raise funds to help the citizens of West. We are here today to present the results of that effort,” said TFB President Kenneth Dierschke.

Dierschke presented two checks to West city mayor and EMS officials. The state’s largest farming and ranching organization presented $125,000 to help fund a new ambulance for West EMS. A second donation of $48,100 was given for a park to be named in honor of the first responders who sacrificed for their neighbors and their community.

More than 400 TFB member families live in West. TFB has nearly 500,000 member families in Texas and more than 4,000 in McLennan County. On Monday, the board of directors for TFB and TFBIC approved donations to complement the gifts of dozens of county Farm Bureau organizations and many members across the state.

“Farm Bureau is led by volunteers—among those are several who serve as first responders,” Dierschke said. “We are proud to be able to do something that will help us remember those individuals who gave all to support their fellow citizens.” 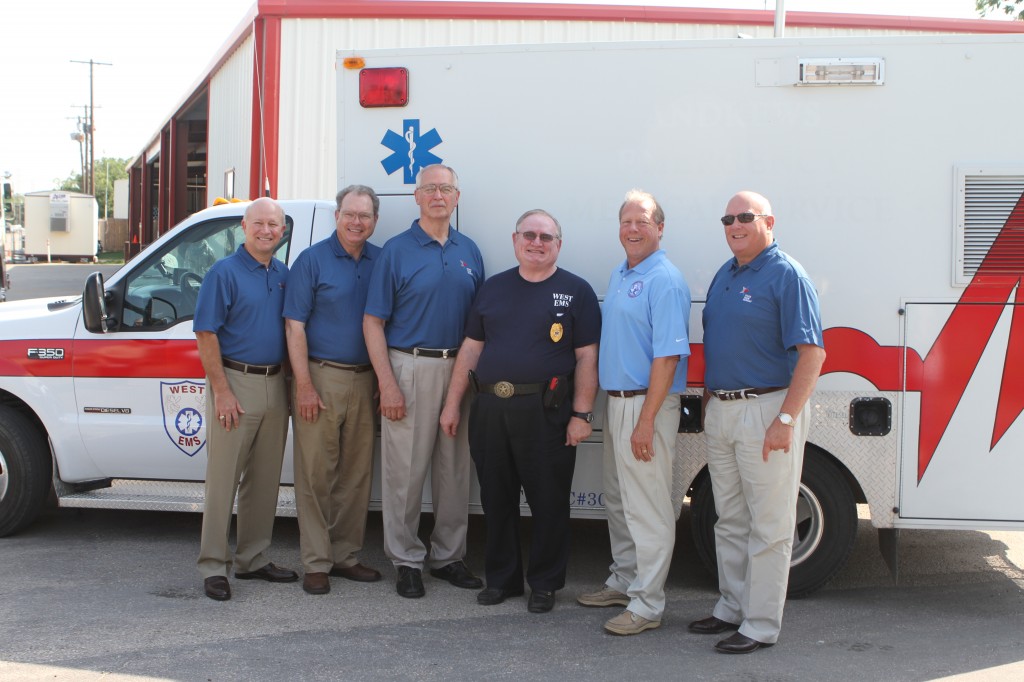 Texas Farm Bureau (TFB) President Kenneth Dierschke presents a check on behalf of TFB members for $125,000 to West EMS to help fund a new ambulance following the devastating fertilizer plant explosion in April. TFB also donated an additional $48,100 to restore a park in memory of the first responders.