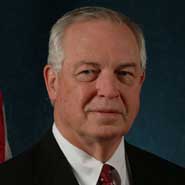 SAN ANTONIO - On the eve of the largest annual gathering of farmers and ranchers in Texas, Farm Bureau President Kenneth Dierschke had stern words for a Congress still stumbling short of passing a five-year farm bill.  Dierschke is in the Alamo City for the 80th annual meeting of the state's largest farm organization.

"As the second-largest agricultural state in the nation, the farm bill is critical to our state's farmers and ranchers," Dierschke said in a letter to the Texas Congressional delegation.

He wrote that there are very important provisions addressing not only a national food security safety net, but conservation of soil and farmland. However, lawmakers are still locked in disagreement over nutrition and food programs for the poor.

Dierschke said both factions have been in range of a reasonable deal for some time and that the farm bill is too important to continue as a political football. The grain and cotton farmer from San Angelo explained that all Texas members of Congress should step up for a farm bill, though not all serve on the committees that can move it.

Congress is set to recess on Dec. 13 and the farm bill will expire at the end of the year. Dierschke said, however, that Texas farmers and ranchers expect a farm bill before then.

"Anything short of that is posturing, pure and simple," he said in the letter.

The letter can be found by clicking here.