(SAN ANTONIO, Texas)—The president of the state’s largest farm and ranch organization told Texas Farm Bureau (TFB) members meeting in San Antonio that the battle to reform eminent domain in Texas is not over—not by a long shot.

Russell Boening of Poth—who runs a 450-cow dairy and a beef cattle operation, as well as grows wheat, cotton, feed grains and watermelons—said the organization was disappointed in the outcome of eminent domain reform efforts in the 86th Texas Legislature. He said TFB will focus on information and communication until the next opportunity to change the law in 2021.

‘We will use every resource to inform our members of their rights and alternatives in dealing with eminent domain takings,” Boening said to the nearly 1,000 farmers and ranchers attending TFB’s 86th annual meeting. “We will seek out every abuse of eminent domain authority we can find. We will tell those stories. No, this battle is not over—not by a long shot!”

In addressing other efforts during the year, Boening thanked members for advocating at home and in Washington, D.C., for increased trade opportunities for Texas agriculture. Boening was hopeful that the proposed U.S.-Canada-Mexico Agreement would soon be ratified by Congress and that a new trade deal with China would soon be finalized.

“Farm Bureau has been clear about the need for trade that is free and fair. There is simply no way to reverse the decline in net farm income without a robust and healthy trade environment,” Boening said.

TFB delegates annually adopt the policy positions that guide the organization for the coming session of the Texas Legislature and the new Congress.

“In a difficult year, with poor weather, declining prices and market uncertainty, you continued to serve your organization. You kept looking forward,” Boening said. 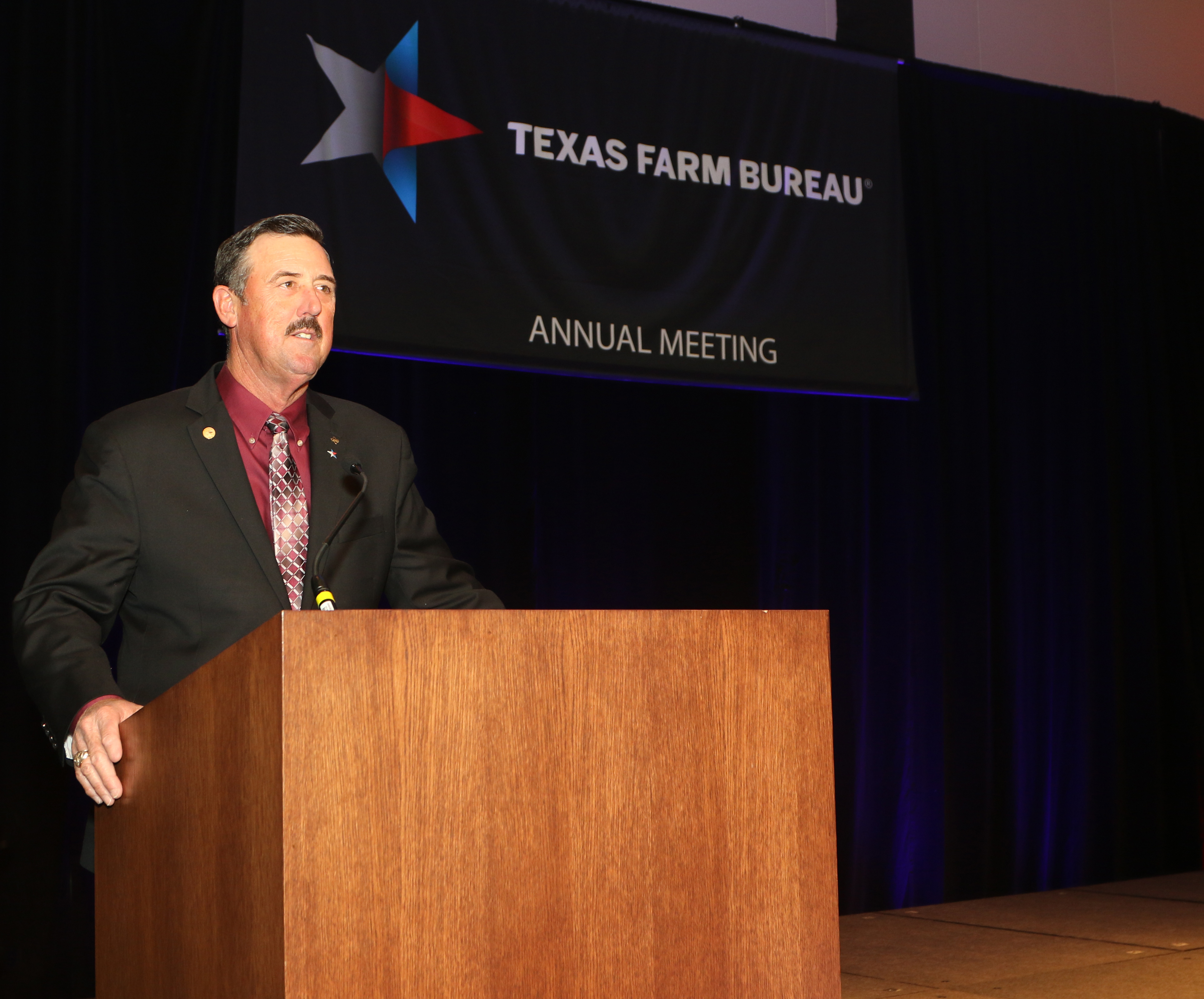