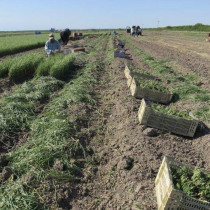 Is it conservative to reflexively oppose immigration reform? I think the opposite is true. Estimates have the number of illegal immigrants in the country at about 12 million. How big of a national police force would be needed for surveillance, arrests and deportation of that many people?

A sizable portion of that force would be encamped on the southern border of Texas to stop people who only want decent wages for jobs Americans won’t do. As a conservative, I say, “No thanks.” A several million strong federal police force is not conservative.

A better conservative approach would be to develop a simple and effective guest worker visa program. If you have a carrot, you won’t need a bigger stick. Enforcement can be focused on actual threats, not folks who only want a job.

Republican Senator and possible candidate for President Rand Paul recently said we need to “get beyond” deportation as a solution to this problem.

Immigration reform–it’s a conservative approach to securing our border.