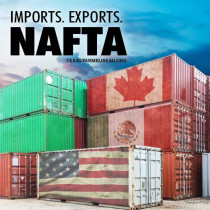 NAFTA–What you think you know could be wrong

Mention the North American Free Trade Agreement (NAFTA) and you could wind up with an argument. There are strong feelings about NAFTA, which is a multi-lateral trade agreement between the U.S. and its closest neighbors, Mexico and Canada.

Is it a bad deal? Under NAFTA, Canada and Mexico are the second and third largest export markets for the U.S. Canada surged from fourth to first in agricultural exports under NAFTA. Overall, those exports have increased 156 percent in the NAFTA era.

Some jobs were lost when the agreement was implemented in 1994. The export jobs created by NAFTA tend to be higher paying, as much as 20 percent higher than those lost.

The U.S. enjoys a 65 percent share in the NAFTA market, compared to 11 percent in countries where there is no trade agreement.

None of this is to say that tariffs can’t be part of U.S. trade policy. But in the trade arena, every action has a reaction. Let’s be careful out there.