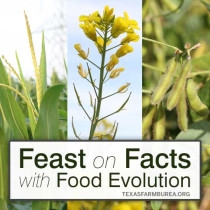 I watched the new movie Food Evolution last week. If you still have questions about the science of genetically modified food, I recommend it. It explodes the myths and explains the convincing science and safety of GMOs.

Food Evolution meets the controversy head on with an avalanche of facts.

A watershed moment for the film came at one its screenings. Producers asked the audience before the screening if any of them avoided GMO foods out of safety concerns. About 70 hands went up. At the conclusion of the film, only two were still concerned enough to answer yes.

It seems to me that our society has reached a tipping point on this issue. Science has been manipulating genes in food and medicine for quite a long time. You would not recognize, let alone eat, the original form of apples, wheat, corn or virtually any other food that fills your pantry today. Science birthed an age of plentiful and safe food.

You got questions? I have a movie for you—Food Evolution.