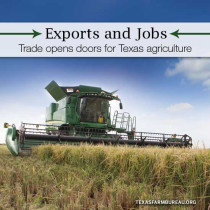 With a “no” vote on the United Nations’ condemnation of the 55-year-old U.S. trade embargo against Cuba, the U.S. has taken a long step backward.

Last year, the U.S. abstained on this vote, allowing the condemnation to stand. When you repeatedly strike your thumb with a hammer, on purpose, it feels great when you stop. We need to stop.

There is no public policy failure more obvious than this one. Implemented to affect regime change in Cuba, or at least to squeeze the Castro brothers, the embargo has failed. The Castros are now on their tenth U.S. president.

I’ve been to Cuba twice, and I believe the embargo has hurt the people of Cuba, while providing an excuse for socialism’s failures.

The administration points to human rights violations in Cuba. Fair enough. How about Russia, China and Saudi Arabia? We trade with them. That doesn’t mean we endorse all their actions. Trade opens doors. Bad policy bolts them shut.

Meanwhile, U.S. ports are only days away from Cuba, ready to supply this market.