Posted on Feb 10, 2014 in Audio, Editorial, Your Texas Agriculture Minute 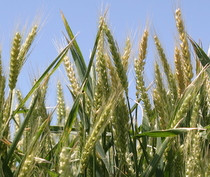 Here’s why the farm bill works for you

It doesn't matter which side of the fence you’re on, the farm bill signed by President Obama on Friday works for you.

If you are a farmer, the bill plants a firm safety net when Mother Nature plays contrarian with droughts, floods and other weather disasters. The farm bill allows farmers to plant again to assure a plentiful food supply remains uninterrupted.

That’s a powerful benefit for American consumers, with abundant and affordable food available for their families daily. And Americans buy that food at less cost than just about anyone in the world.

But the benefits don’t end there. Farming and ranching represents 5 percent of the gross domestic product. Agriculture is responsible for nearly 10 percent of American jobs. Some 16 million Americans are employed as a result of what farmers and ranchers do. And 14 percent of all manufacturing jobs are related to food processing and manufacturing.

A safety net for farmers. Affordable food for consumers. Jobs for America.

That’s why we need a farm bill. Thanks to the House and Senate members who had the vision for a strong America with a yes vote on this important legislation. Thank you President Obama, for signing it.

Friday was a good day for America.